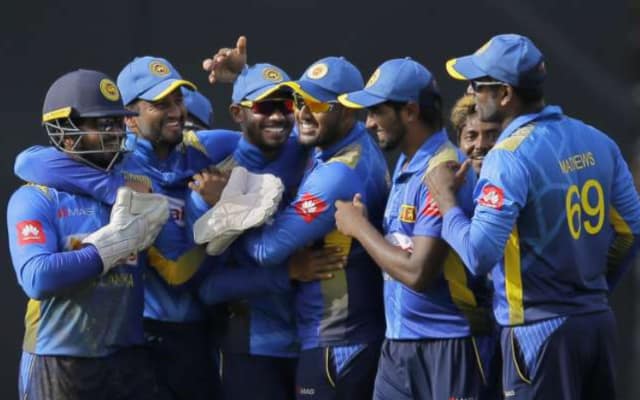 Sri Lanka cricket team is all set to feature in the three-match One Day series against Bangladesh, scheduled to start from May 23 in Dhaka. Ahead of the ODI series, Sri Lanka’s newly-appointed skipper Kusal Perera has made a startling revelation. Perera revealed that the pay battle between the Sri Lankan players and Sri Lanka Cricket (SLC) has taken a toll on the mental health of the players and they aren’t in a good headspace. Do check our full parimatch review here.

The news of bad blood between the players and the cricket board has been floating in the cricket fraternity for quite some time now. Notably, the issue surfaced after SLC decided to cut fees for 24 national players by up to 40 percent. Sri Lanka Cricket has come up with a new contract that hasn’t gone down well with many players.

The players have straightaway rejected the new fee structure as it has resulted in them losing a significant amount of money. However, SLC, on the other hand, backed their decision saying that players could earn more under a new performance-based pay scheme.

Sri Lanka’s new cricket director Tom Moody, who played a major role in making the new contract, added that it will benefit the players in the long run and he has come up with the new structure after studying various free structures of different cricket boards all across the globe.

Meanwhile, Kusal Perera asserted that the tiff between the players and the board will have its own consequences as it can affect the performance of many players. We have free cricket betting tips uk here in our site. Do check and learn more about.

It will be a lie to say that the pay cut issue won’t mentally affect our players. I hope we will be able to negotiate with the board upon our return. This is an additional challenge for me as I try to create an environment where players go to the middle and perform fearlessly,” Perera said in an online press conference on Saturday.