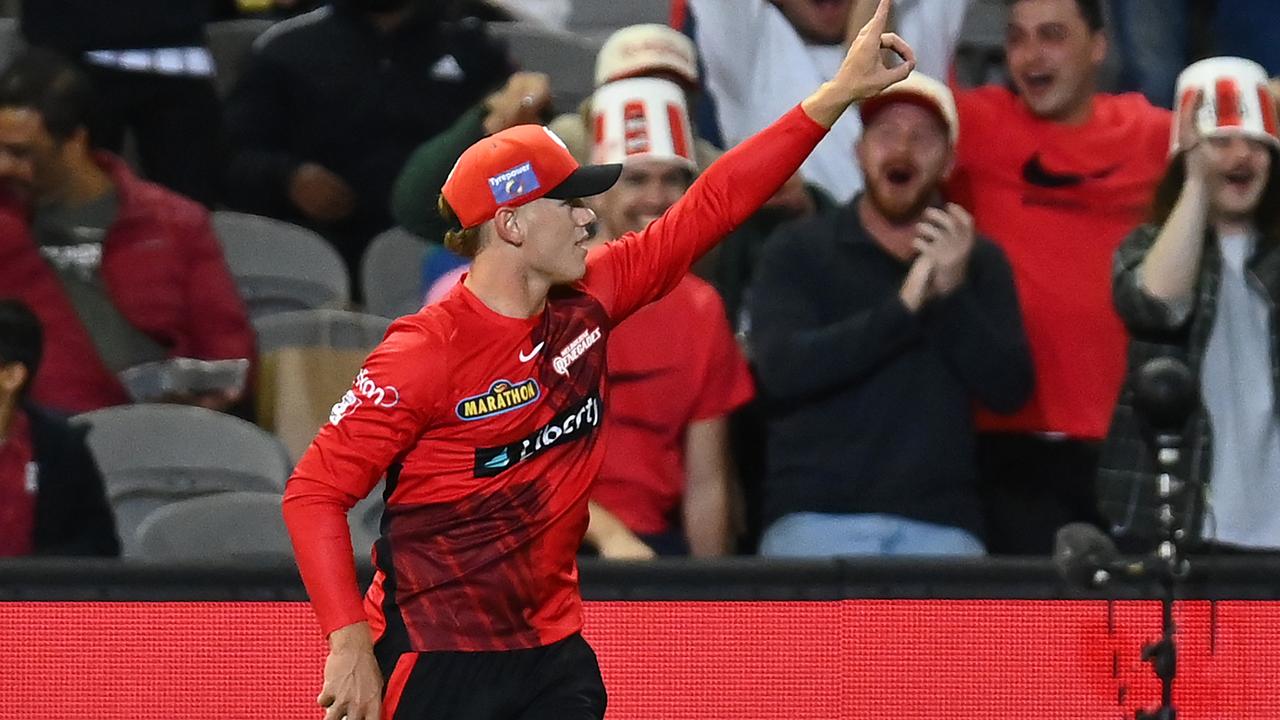 In the third match of the 2021-22 edition of the Big Bash League (BBL), Melbourne Renegades locked horns with Adelaide Strikers. The match saw a lot of thrill and excitement as the two teams fought tooth and nail to secure a victory.

Meanwhile, it was the 19-year-old Jake Fraser-McGurk who stole all the thunder. Fraser-McGurk took a splendid one-handed catch for Renegades and it is already being considered as one of the prime contenders for the catch of the season.

The incident took place during the second innings of the match when Adelaide were chasing a decent total of 153 runs. On the third delivery of the seventh over, Fraser-McGurk gave a much-needed breakthrough to his team by putting an end to the innings of Jake Weatherald when he was playing at 18. Watch bbl live streaming here.

Jake Fraser-McGurk does a spiderman celebrate the catch The spinner Zakir Khan bowled a toss-up delivery to Weatherald and the batter went for a slog sweep. It was six written all over the ball but Jake who was standing at deep mid-wicket pulled off an exceptional athletic effort. The 19-year-old showed his presence of mind as he leaped across the boundary and made a full-stretched jump to catch the ball from his right hand.

Jake Fraser-McGurk looked nothing less than a spiderman while taking the catch and it made the entire crowd wild. Jake also looked absolutely thrilled after completing the catch as he went wild in his celebrations along with the crowd.

It won’t be wrong to say that the stunning effort by Jake Fraser-McGurk made a lot of difference in the end. Melbourne Renegades won their first match of the T20 Championship by just two runs as they were successful in stopping Adelaide Strikers to 151 runs in their allotted 20 overs. Mackenzie Harvey was the highest run-getter from Melbourne camp with 56 runs to his name. How to win cricket betting tips. Learn more how we predict matches.