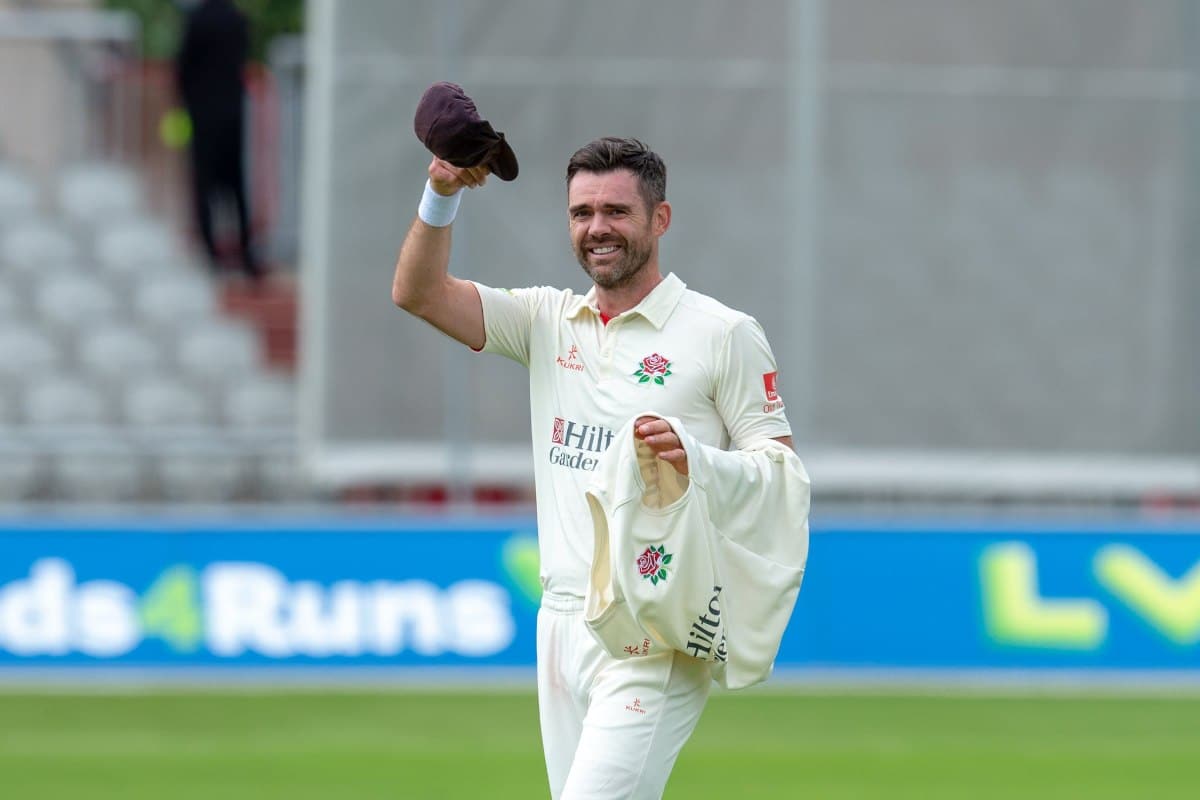 Veteran England speedster James Anderson has shared that he decided to hang up his boots from international cricket after losing his place in the longer format in early 2022. However, he has now set his eyes on playing another away Ashes series as well. Despite performing well in the 2021-22 Ashes series in Australia, the England selectors dropped Anderson and Stuart Broad for the West Indies tour and reasoned that they needed to groom more youngsters.

Although they both were assured of staying in contention for selection, the veteran pacer felt disappointed. While speaking at the new Broadcasting House during the relaunch of the Tailenders’ Podcast, James Anderson said that his co-host Greg James played an integral role in preventing him from taking any such decisions as well. He was quoted as saying in the Daily Mail:

“There was definitely a moment when I thought that could be it. There was anger and disappointment. That not knowing. Is that it? Do they want to move on and get younger blood in? But I spoke to Greg quite a bit and I was just trying to make sense of it and not make any rash decisions.”

‘I can do another away Ashes’ – James Anderson

The veteran returned in the summer of 2022 with a bang and made an impact straightaway, taking six wickets against New Zealand at Lord’s as well. The second Test of the series also witnessed him cross 650 Test wickets, becoming the first pace bowler to achieve the milestone as well. Currently, he has 675 victims in 177 games at an average of 26.13 as well.

He also admitted to enjoying himself in the current young group but he also wants to take it one game at a time to be fit for the upcoming Ashes series in Australia in 2025 as well. However, Australia will visit England later this year to defend their urn, having retained the urn with a 2-2 result in the 2019 series as well.

“The way to do it is definitely not to look too far ahead. Australia away feels miles away but I just need to look after myself, bowl well and take wickets and it might creep up on me and I’ll think, ‘I can do another away Ashes’. Or it might creep up and I’ll say, “No, that’s stupid”. It’s nice to be in this group and still feel wanted which is what any player needs. As long as that feeling is still there and I have the hunger, which I have, I’ll keep going,” James Anderson concluded.