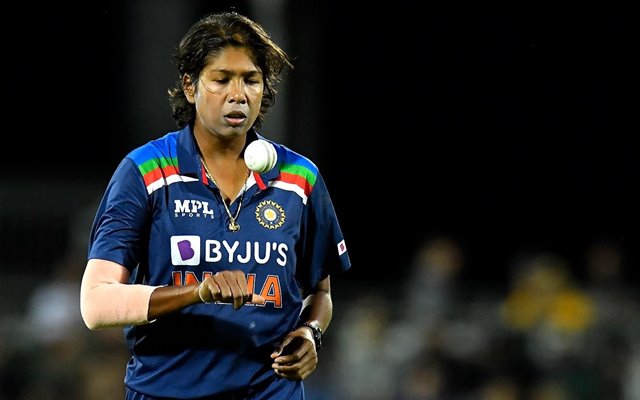 Check out our Bet365 betting review of how  this online betting works.

The 38-year-old’s haul of three for 37 at MacKay, which helped stop Australia’s winning streak of 26 matches and won her the Player of the Match award, has helped her leapfrog South Africa’s Marizanne Kapp and Australia’s Megan Schutt in the weekly update.

Goswami has been top ranked eight times in her career, her last ascension to the spot being in March 2019. She though is 33 rating points adrift of Australia left-arm spinner Jess Jonassen as of now.

There were also some other notable gains for India too, with opener Shafali Verma, who is top ranked in the T20I rankings, gaining 23 slots to reach 51st position among batters, and Deepti Sharma moving up two slots to 19th.

Among the Australians, opener Beth Mooney has gained eight slots to reach eighth position after scoring 125 not out and 52 in the two times she batted during the series, while Rachael Haynes (up two places to 11th), Ashleigh Gardner (up three places to 27th) and Tahlia McGrath (up 73 places to 47th) have also advanced in the list of batters.

Left-arm spinner Sophie Molineux is up 10 places to 39th among bowlers with Darcie Brown and Annabel Sutherland also pushing up that list in the latest update that includes performances in the last three matches of the England-New Zealand series.

England’s wicketkeeper-batter Amy Jones has progressed four slots to joint-21st position after scoring 121 runs in the series while Danielle Wyatt (up four places to 29th) and Katherine Brunt (up two places to 36th) have also moved up that list.

There have been a whole lot of England bowlers to gain after helping complete a 4-1 series win – Sophie Ecclestone is up one place to fifth, Anya Shrubsole is up four places to ninth, Kate Cross is up five places to 10th and Natalie Sciver is up seven places to 11th.

New Zealand’s bowlers to move up include Lea Tahuhu, who has progressed from 24th to 18th, Hannah Rowe, who has advanced from 38th to 34th, and Hayley Jensen, who is up from 58th to 48th. Sophie Devine (up one place to 17th), Brooke Halliday (up 12 places to 31st) and Maddy Green (up 14 places to 35th) have moved up the batters’ list.

Here’s IPL betting apps that are secure and legitimate.