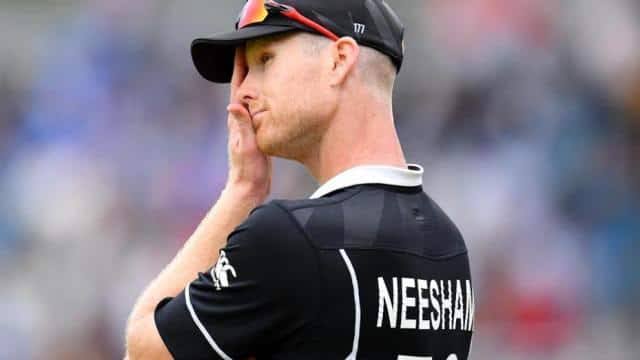 New Zealand all-rounder Jimmy Neesham has made news by refusing the central contract from the New Zealand Cricket Board. After the unavailability of Trent Boult and Colin De Grandhomme, Neesham was offered the contract. The NZ Board later explained the situation. They said that the player was interested in playing in the other T20 Leagues. Additionally, he had registered himself for the same. Prior commitments elsewhere were the reason behind Neesham’s rejection. Bet online by checking more new betting sites in India for the upcoming match here on our site.

Jimmy Neesham gave an explanation to his fans and posted a story on Instagram. The story read, “I know the news of my decision to decline a central contract today will be seen as me choosing money over representing my country. I had planned to accept a contract offer in July.”

“However, since being left off the list I have committed to other leagues around the world. It was a difficult decision but I have decided to honour those commitments rather than go back on my word to re-sign with NZ Cricket. Playing for the [Blackcaps] has been the greatest honour of my career and I remain committed to taking the field with my countrymen for the foreseeable future, especially in pinnacle world events.”

“Finn clearly has huge talent and potential. He’s shown he’s up to the international level in his limited opportunities to date. In particular, his match-winning 96 against West Indies on a difficult wicket in Barbados showed his class and maturity,” the NZ head coach said.

He further added, “Blair’s been in Blackcaps squads for all three formats over the past 12 months which is a testament to his progress. He’s a bowler who just keeps improving and we’ve been particularly impressed with his red-ball development, which saw him in the recent squads for the England and South Africa Tests. He knows the environment, understands his role, and bowls with good pace and aggression.”

Neesham’s declined contract has opened opportunities for Blair Tickner and Finn Allen. Both Tickner and Allen have received their first-ever contract from the board. Since his debut in March last year, he has played 13 matches. Allen has a total of 334 runs which includes one century and one half-century.

Tickner on the other hand has 12 wickets in 11 T20Is and the best of 4/20. Ahead of the T20 World Cup, New Zealand will play a tri-nation tournament with Pakistan and Bangladesh starting October 8th. The board is expected to announce their final squad for the T20 World Cup by 20th September. Find the Cricket Predictions and updates for the upcoming matches around the globe.