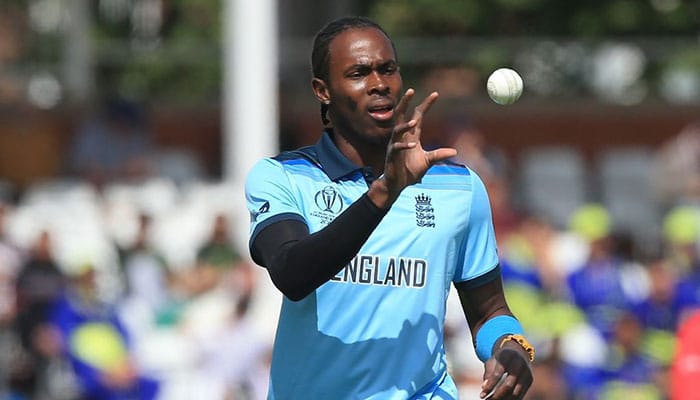 England pacer Jofra Archer is pumped to get back to the field. Since 2021, the player has been dealing with multiple injuries forcing him to unwillingly stay away from cricket. However, the wait to see him back in action will come to an end soon. Currently, he is in Abu Dhabi playing warm-up against the England team but Archer admits that he is not completely fit.

In an interview with Sky Sports, Archer expressed optimism about having the opportunity to win England’s 50-over title in 2023. The Barbadian said it would be a while before he was back to his finest. Jofra Archer has been picked by MI Cape Town for the SA20 league starting in January. He also has IPL ahead of him wherein he could play for Mumbai Indians. These games will help Archer get better and better, playing in IPL will give the player an idea of the conditions.

I still don’t think I am 100 percent as yet: Jofra Archer

“I am so, so glad to be back and this is a big year. We just won the T20, and we have the 50-over coming up so, hopefully, I get a chance to help defend the title. That is the goal. I still don’t think I am 100 percent as yet. I still need to do some more work to get the body back up and fit and firing. But in the short-term, just to be fit is the most important thing,” he said.

The player mentioned that he was glad to be around his England teammates. He said it felt like coming back home. “Being back here in Abu Dhabi, in and around the guys, it is kind of heart-warming. It makes you feel like you are at home again, seeing all the familiar faces, seeing all the boys again,” he added.

Jofra Archer was the highest wicket-taker for England when they won the 2019 ODI World Cup. Since Archer’s last game, there have been several changes in the England side. Eoin Morgan has retire. Jos Buttler is the new limited-overs captain. Brandon McCullum is the new test coach and Ben Stokes is the new test captain.

Prior to focusing on the defense of their 50-over title during the ODI World Cup in India later in winter, England will be preparing for the Ashes. Depending on how well he executes the strategy he has developed with the ECB physiotherapists, Archer may participate in any or all of the steps of the upcoming plans of the England Cricket Board.