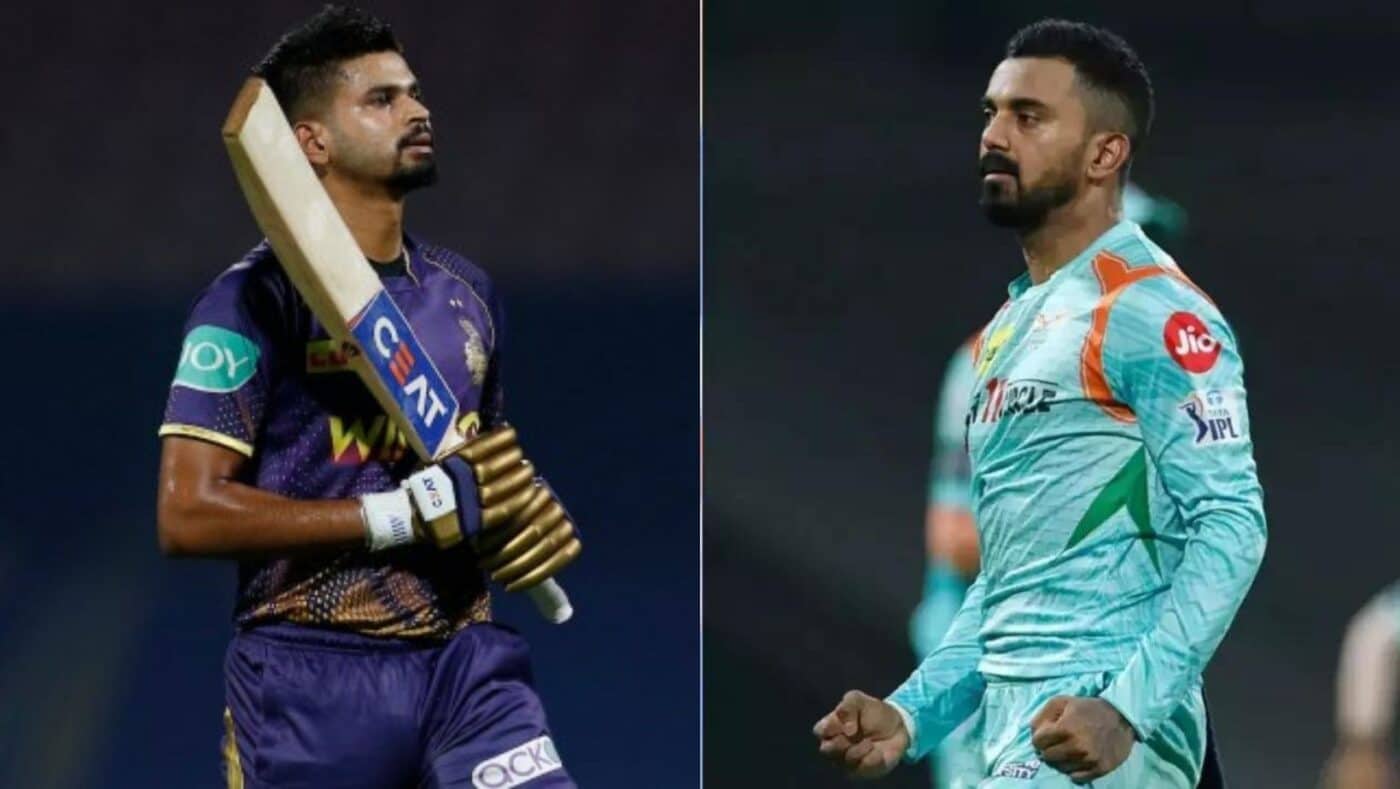 KKR vs LSG Match Prediction: The next match of the TATA IPL 2022 will feature two upcoming leaders for India. Shreyas Iyer and KL Rahul will lead their respective teams in a do-or-die encounter. Both teams will lock horns at the Maharashtra Cricket Association in Pune at 7:30 pm. This match will tell you the faith of KKR this season.

Lucknow are in a better position heading into this game as they already have seven wins under their belt. And if they win this match, they will go on top and also qualify for the top four. Kolkata had no second option left other than to win this game. Because a loss in this match will shut the curtains for them. As a result, this will be another exciting match for this season.

The Men in Gold and Purple are in a position where they can’t lose any game. KKR has eight points at the moment and four games remaining. If they win all four, they will move to 16 points, which is the minimum requirement for the playoffs. So that will mean they have no choice left. However, the biggest concern is the contribution from their overseas players. Read 10cric reviews here and know how this app works for online betting.

Sunil Narine, Andre Russell, Aaron Finch, and Pat Cummins haven’t performed as per expectations. So if they want to make it to the top four, these players need to step up. Rinku Singh and Nitish Rana have shown maturity in the last few matches, which is a plus point. There might be a few changes expected at the top of the order.

The Lucknow-based team has performed the way their skipper has dominated this season. LSG needs one more win to advance to the playoffs. And with the MI win over Gujarat, the win against KKR will also help them climb to the top. So they thought of Gautam Gambhir’s plan to make his boys win against his former team.

Well, it will not be a surprise if they win this match as well. LSG are on a winning streak of three matches and would like to make it four. So it will be very hard to stop them. They are one of the best settled teams in the tournament.

This is the first time in the IPL that both teams will play against each other. But as per the current performance, LSG has an edge over KKR. But because it is a do or die game for KKR, they might come all guns blazing. So we are heading towards a great game on Saturday evening. However, on this pitch, batting first has won six matches and batting second has won three this season.

KKR vs LSG: Players to watch out for

Shreyas Iyer will be the batsman that KKR wants to see score runs in this match. The captain is the franchise’s leading scorer and provides stability at No. 3. He can play at a rapid pace and anchor the innings as well, depending on the situation. Shreyas has scored 324 runs at an average of 36.00 and a strike rate of 133.33.

Umesh Yadav has regained his rhythm since joining KKR. This season, the veteran pacer has taken the most power-play wickets and is among the leading wicket-takers. So far, he has 15 wickets at a decent economy of 7.15 and an average of 19.15.

KL Rahul will be an automatic selection for any team on any given day. This season, the LSG captain has been in superb form, finishing second only to Jos Buttler in terms of runs scored. Rahul has 451 runs in 10 matches, including two centuries and two half-centuries. For more best cricket betting tips and match guides from the experts, read here for free.

Jason Holder will be the bowler to keep an eye on. The West Indian all-rounder has a lot of experience and can handle any situation. He is a street-smart cricketer and has bowled some difficult overs this season. Holder has nine wickets at an average of 29.11 and an economy of just over nine.

Both teams have some good power-hitters in their ranks. But talking about the match situation, Kolkata will come down hard. So we will back KKR to win the match number 53 against LSG.