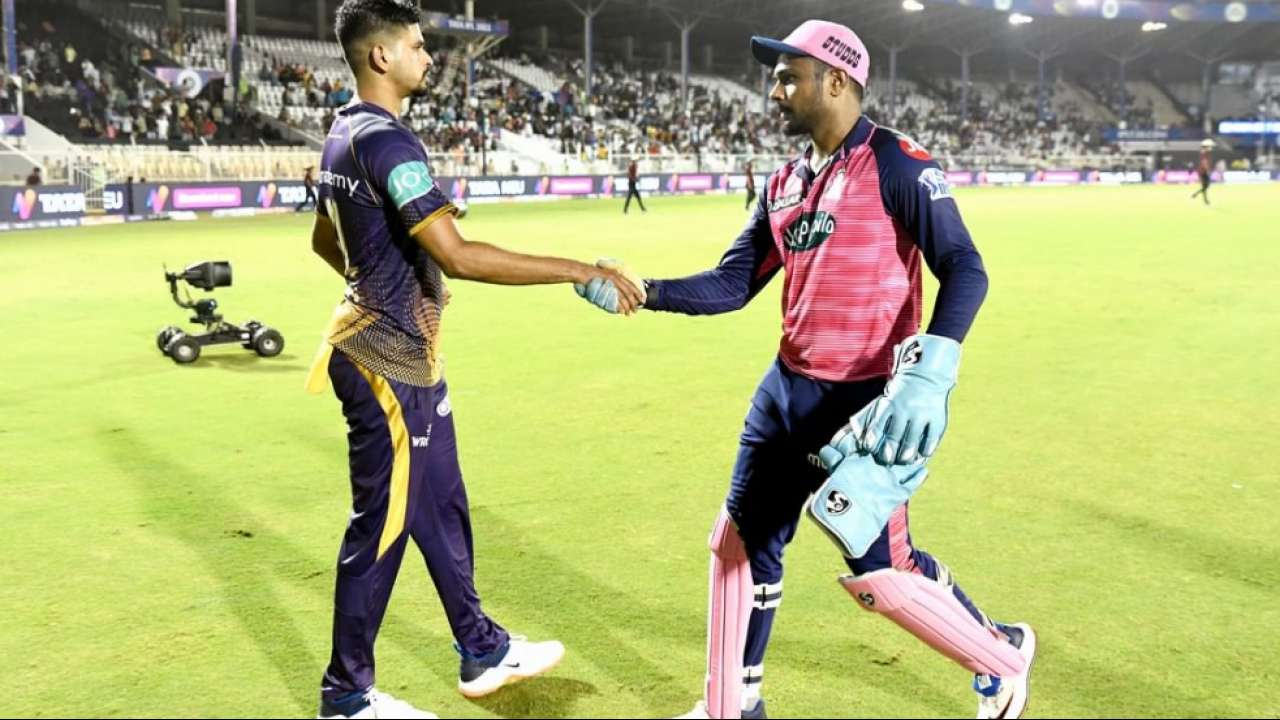 KKR vs RR: Every new day brings a new blockbuster of a match during the Indian Premier League. On Monday, two teams that are known for their power-hitting will face off against each other. It is an encounter that will feature Kolkata Knight Riders and Rajasthan Royals. It is scheduled to play at the Wankhede Stadium at 7:30 PM.

Here are more cricket session tips for free and match guides for the upcoming match.

Both teams have lost their previous encounters, so they are eager to win this one. That means it will be an exciting match ahead. However, both teams are having diametrically opposed seasons. RR is sitting in third place, from the top and KKR is sitting in the third place from the bottom.

Kolkata Knight Riders started the season as a potential candidate to lift the IPL trophy. But after the first four matches, they just faded away. And now they are on a losing streak of five matches. KKR have struggled to find the right combination that can win them a match. That’s the season. They are the only team that has made more than 16 changes in the playing XI until now. Kolkata are sitting on the verge of elimination, and one more loss will shut the curtains for them. That means they have to win all those remaining five matches, and that does not look easy.

Sanju Samson and his team had an off day against MI. But apart from that, they have played very aggressive cricket throughout this season so far. RR has won six matches out of nine, and with 12 points, they are almost through to the next round. Rajasthan has five more league matches left, and they need a minimum of two wins. That is looking fairly easy for them. Jos Buttler is in the form of his life. He hasn’t spared any team in the competition. The bowling department is also looking great with the variety. They are the best in the tournament. There are no changes expected as compared to the last match.

Both teams have faced each other 26 times in IPL history. But there is nothing to separate both teams in terms of wins. KKR has won 13 matches and RR has 12 wins, with one match ending with no result. But the last match played between the two earlier this season was a close match that RR won.

KKR vs RR: Players to watch out for

Jos Buttler is the leading run-scorer in the tournament and is holding the “Orange Cap” with him. The opener scored a century in the last match both teams met. So far, he has scored 556 runs in nine matches, including three centuries and three half-centuries. Read Mobile Bet365 reviews here and know why this app is best for betting online.

Yuzvendra Chahal can’t do anything wrong this season. The leg-spinner is always among the wickets. This season, he has taken a total of 19 wickets, including the hat-trick, which came against the same opposition, Kolkata Knight Riders.

Shreyas Iyer has been by far the best batsman for the franchise this season. He is the lone survivor for them in many matches. He is the backbone of the KKR batting line-up and that will make him a vital wicket for the opposition. So far, he has scored 290 runs this season at an average and strike rate of 36.25 and 137.43, respectively.

Tim Southee was not the first-choice pacer in the playing XI because KKR also has the option of Pat Cummins. However, Cummins’ poor form and Southee’s recent performances have put him ahead of the Australian red-ball skipper. The Kiwi pacer has taken 8 wickets in four matches at an average and economy rate of 13.87 and 6.93.

Both teams have good batting strength, but KKR will not be under any pressure to win, which could work in their pursuit. As a result, we will bet on the Kolkata Knight Riders to win the game. However, the team that wins the toss may also win the game. Get the latest Cricket betting odds and schedules matches here on our site for free.