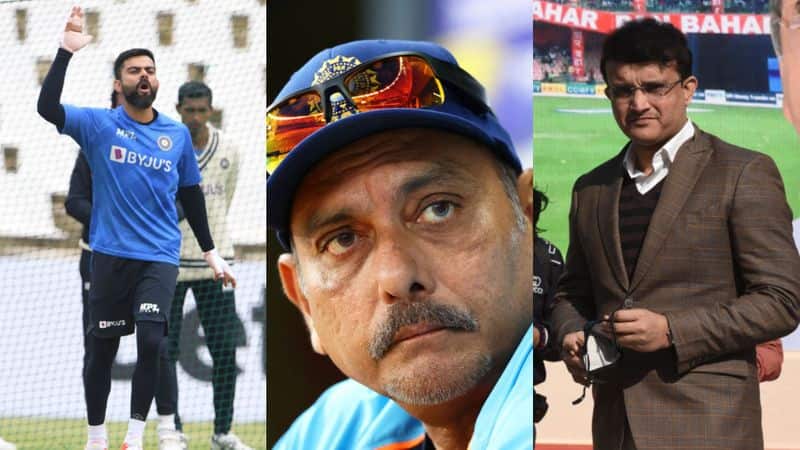 Kohli vs BCCI: Virat Kohli has shocked the world by stepping down as test captain after losing 2-1 to South Africa. Many ex-cricketers and analylists have different opinions about this. Some are fine with Virat’s decision and respect it.

However, there were some who questioned Virat’s approach and decision. Former Indian head coach Ravi Shastri has now come across such speculation. He said that many people have already spoken about the decision of Virat, and it is not his duty to get into any type of gossip. We have best betting tips here in our site. Read more here.

“Many people have already spoken about Virat Kohli and him stepping down as the captain. I do not have the time to get into gossip and get into details. I took a break after seven years in the game, I have been part of the team and I am very clear, that I do not wash dirty linen in public. The day I finished, it will be blank, I will not discuss any of my players on the public platforms. I have been very clear on this.”

Ravi Shastri was released from the duty of head coach after the T20I World Cup 2021 in the UAE. Shastri didn’t comment on Kohli’s body language in the field after quitting the captaincy. He said,

“As I said, I’ve not followed a single ball in the series. But I don’t think there will be too much change in Virat Kohli.”

Kohli vs BCCI: Shastri view on Virat for not winning any ICC events

There is a lot of criticism related to Virat Kohli for not winning the ICC trophies. Ravi Shastri expressed that there are many big players who haven’t won a World Cup. He said,

“Many big players have not won a World Cup. That’s alright. [Sourav] Ganguly, [Rahul] Dravid, [Anil] Kumble also have not won. So can we label them as bad players?“ You can’t generalize. You go and play. How many world cup winning captains do we have? Sachin Tendulkar had to play six world cups before winning it. At the end of the day, you are judged by how you play, are you an ambassador of the game? Do you play the game with integrity, and do you play for a long period of time? That’s how you judge players at the end of it all”.

Better Communication is required between Virat and the BCCI

Shastri urges Kohli and the BCCI to talk to each other and, if there is a misunderstanding, to cut it short. He said communication is the most important thing. Shastri revealed that he is not fully aware of any situation from either side, so it’s better to keep quiet. He also said that if he had better information, only then could he comment on this. If you are looking top cricket prediction sites do check all the sites here.