Kuldeep Yadav ruled out of IPL due to knee injury 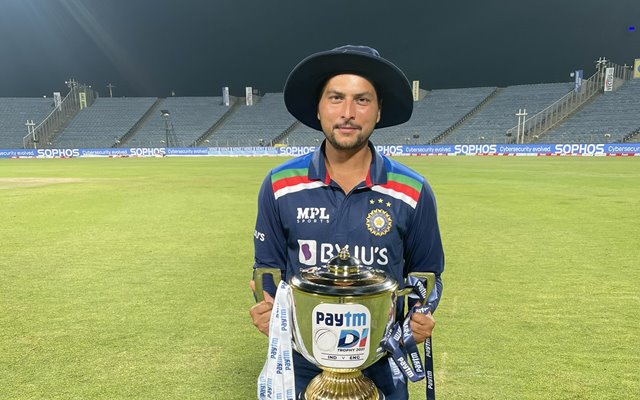 Kolkata Knight Riders (KKR) spinner Kuldeep Yadav has been ruled out of the second leg of Indian Premier League (IPL). The chinaman bowler sustained a knee injury during a practice session in UAE. The injury was so bad that there was no way he could have participated in the remaining games of the IPL. He was eitherways not playing for KKR thus decided to return home. Kuldeep has even undergone surgery in Mumbai to fix the knee.

“Yes, we got the information that Kuldeep sustained a nasty knee injury during a practice session in UAE. Apparently while fielding, he twisted his knee and it was really bad at that point. There was no chance that he could have taken any further part and was sent back to India,” a senior BCCI official said according to Times of India.  To learn more about Bet365 app you can check some review here.

Meanwhile, Kuldeep is likely to miss a large chunk of domestic matches as he will need at least 4-6 months to recover completely. “Knee injuries are generally bad. It’s a very long process from starting to walk and then getting strength back through intense physiotherapy sessions at the NCA, followed by light intensity training and finally starting with net sessions.

“It can’t be said with certainty that Kuldeep will be match ready by the time Ranji Trophy ends,” another IPL source privy to the developments said.

The 26-year old has played 7 Tests, 65 ODIs and 23 T20Is for India, picking up 174 wickets across formats. However, the last two years have not been good for him as he was dropped from the India squad and rarely got a game for KKR owing to his inconsistent performances.
Take a look at our top betting apps review so that you will learn more about the app.