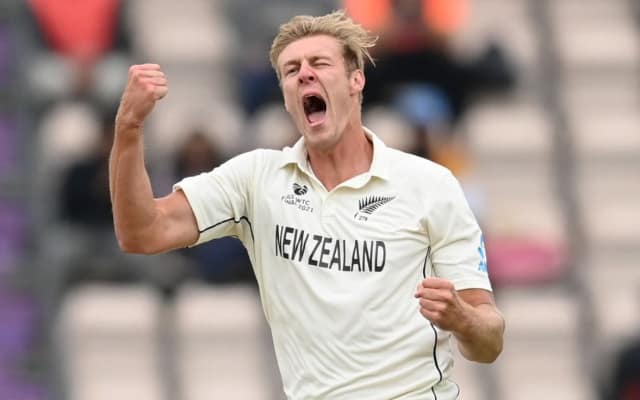 Kiwi pacer Kyle Jamieson claimed another five-wicket haul and helped New Zealand bundle out India for 217. This was Jamieson’s fifth five-wicket haul in the World Test Championship. Jamieson is followed by Axar Patel and Ravichandran Ashwin who have four five-wicket hauls to their names. Learn about betway bonus and get some essential guide from us.

Jamieson picked up prized scalps of Rohit Sharma, Virat Kohli and Rishabh Pant before dismissing Ishant Sharma and Jasprit Bumrah. Jamieson has picked up 41 wickets from seven matches at an average of 12.41 in the WTC. His average is the second-highest among all the other bowlers in the WTC.

Jamieson’s heroics meant that New Zealand have restricted India to a just about par score. At one point, at 149-3, India were looking good to post a decent score. However, Jamieson opened the floodgates and trapped the Indian skipper plumb for 44. He then accounted for Rishabh Pant, leaving India reeling at 156-5.  If you are looking best betting tips. This  is right site where you can get free tips and guide.

Rahane and Ravindra Jadeja tried to stabilize the Indian innings but Neil Wagner outfoxed Ajinkya Rahane, one run short of the half-century. The tailenders showed little resistance as India were bundled out for 217. The Kiwi openers have got New Zealand off to a solid start. Kiwis are 19-0 in 11 overs at the time of writing.