Lance Morris Hopeful of His Debut During Ind vs Aus Series 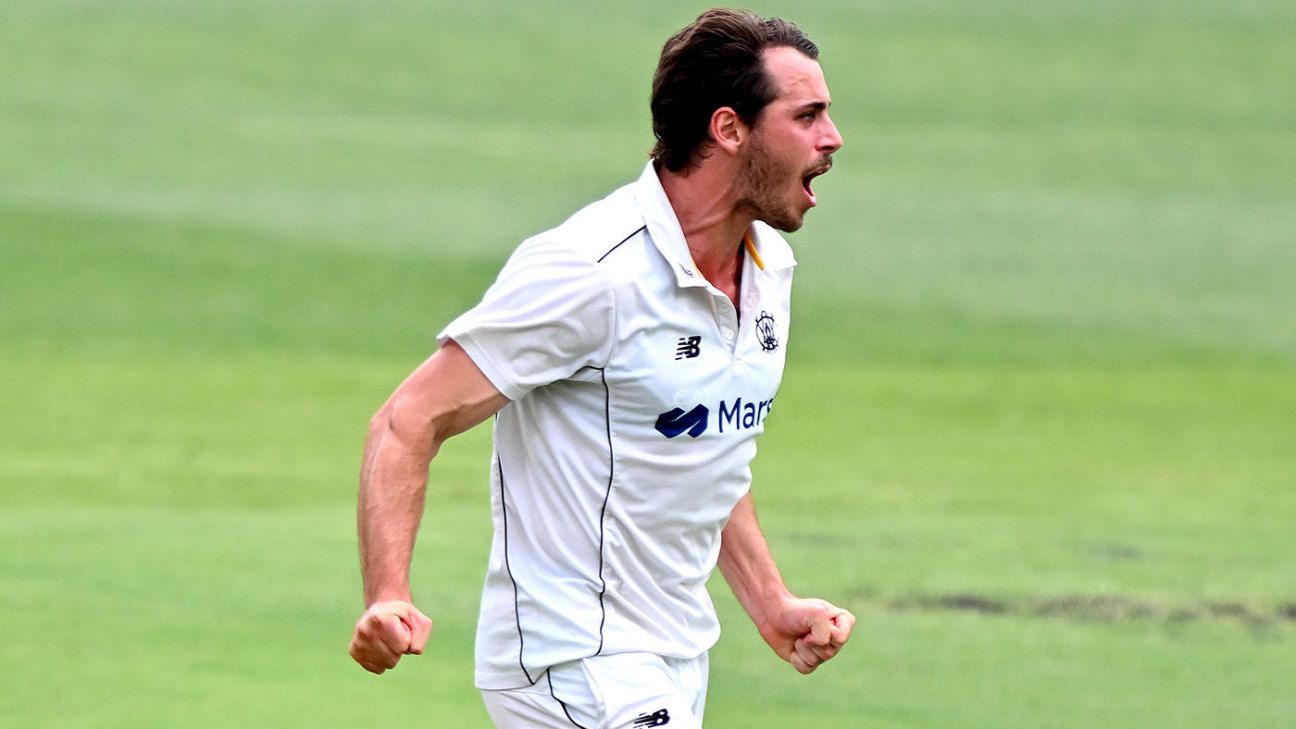 Just like every player, Lance Morris also has a dream to represent his country in white. Lance Morris was on the verge of making his debut this Australian summer in the last South Africa vs Australia test but the requirement of the pitch forced the team to go ahead with an extra spinner. Nonetheless, Morris is optimistic about his debut in India. The unavailability of Mitchell Starc has created a pathway for Morris’ debut in the Ind vs Aus series.

The Aussies have fixed their position in the World Test Championship finals but they won’t let the opposition go through that easily. Expecting a cracker of competition in the 4-match Ind vs Aus series, the Australian side looks a bit balanced in comparison. Lance Morris stated that he has attempted to integrate his training for the India Test tour as well as the Big Bash League (BBL). Alongside Pat Cummins, Josh Hazelwood, and Mitchell Starc, Lance Morris is the fourth pacer in the squad.

That’s probably my best chance of playing over there: Lance Morris

“I’m going to do everything I can to be as ready as possible. If we’re talking honestly, that’s probably my best chance of playing over there. We’ll see what happens. It’s my first overseas tour in a cricketing sense, so it will be a huge learning experience for me. It’s just trying to squeeze in loads where I can. If I’m playing, then I’ll bowl the four overs and get a few in on top either before or after the game. If I’m on the sidelines, then I’ll be in the nets making sure I’ve got the numbers under my belt,” Lance Morris said.

The men in blue are yet to find rhythm in test cricket. During the Ind vs Ban Test series, the team was too dependent on Shreyas Iyer and lower middle-order batsman to do well. The Ind vs Aus test series will be a challenge not just for Pat Cummins but Rohit Sharma. Rohit Sharma will have difficult decisions to take in regard to team selection. India’s poor gameplay against spin has been visible lately. Rishabh Pant’s unavailability will bring forced change to the side with either the selection of KS Bharat or Ishan Kishan. Additionally, Ravindra Jadeja’s comeback will be dependent on his fitness.

The Australian side on other hand has a balanced squad with David Warner and Usman Khawaja at the top making runs. The team has the ability to bat deep and the bowling line-up looks settled as well. Lance Morris might not have much experience under his belt but can take up the responsibility for the team in need. The Ind vs Aus 4-match series starts on February 9.