List of injuries to team India players on Australia tour 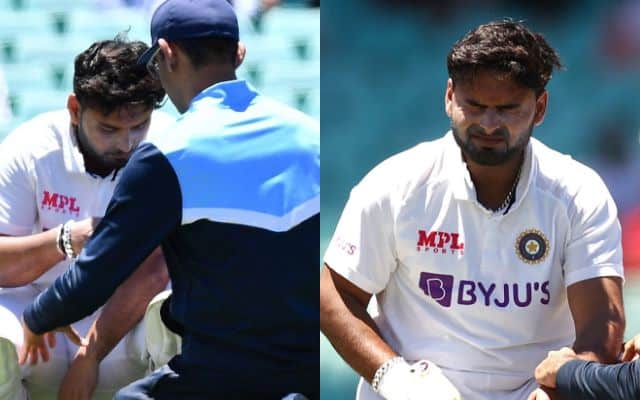 The Indian team could make an entire injured playing XI on their tour to Australia. There have been a massive number of injuries that the visitors have had to endure in the series against the Kangaroos. Both the departments-batting and bowling have been hit. Even all-rounders have not been spared!

But then, in spite of the injuries that have plagued them, the Indian side has still shown the fighting spirit. The four-match Test series is currently level at 1-1, with the fourth Test at Gabba acting as the decider. Having said that, let us take a look at the list of injuries that the players have suffered on the tour to Australia. Is 1xbet safe in india? Yes, It’s trusted and reliable betting sites in India.

1. Ishant Sharma- Well, this was an injury that took place even before the tour started. Ishant Sharma was the most experienced bowler in the Indian side and was expected to spearhead the Indian bowling attack. However, the lanky pacer was ruled out of the entire series due to a side strain. It is reported that Ishant will be fit for the series against England.

2. Bhuvneshwar Kumar- In the game against the Chennai Super Kings (CSK), during the 2020 edition of the IPL, Bhuvneshwar Kumar suffered a hamstring injury. This ruled him out of the entire Australian tour. Kumar is expected to make his return to international cricket in the series against England.

3. Varun Chakravarthy- The mystery spinner had the batsmen in doldrums in the 2020 edition of the IPL. He was even rewarded for his performances with a call-up to the limited-overs squad against Australia. However, a shoulder injury put an end to his dreams of traveling to the Kangaroo land. Here’s today ipl betting tips. Get more free tips from us.

4. Rohit Sharma- The Indian side desperately missed Rohit Sharma in the limited-overs series against Australia. The ‘Hitman’ suffered a hamstring injury during the IPL, and he was unavailable for the entire limited-overs leg of the Aussie tour and also the first two Tests. However, Sharma has returned to action and even scored a half-century in India’s second innings in the third Test in Sydney.

5. Mohammed Shami- Pat Cummins bowled a fiery bouncer, and Mohammed Shami got a nasty hit on his forearm, leading to a fracture during the first Test at Adelaide. This ruled the Indian pacer out of the remaining Tests against the Aussies.

6. KL Rahul- KL Rahul had made an impact for India in the first T20I against the Aussies, scoring a half-century. Also, at some stage of the Test series, it was stated that he would be given a look in. But then, all those hopes were dashed when Rahul suffered a sprain to his wrist and was ruled out of the series.

7. Umesh Yadav- Another man who was injured right in the middle of a Test match was Umesh Yadav. After bowling just 3.3 overs in the second innings, Yadav limped out of the series after suffering a calf injury.

8. Rishabh Pant- In the second innings of the third Test in Sydney, Wridhimann Saha donned the keeping gloves even though he was not even in the playing XI. The reason was that Rishabh Pant was struck on the elbow during the first innings. However, Pant batted for the visitors in the second innings and scored a whirlwind 97 to help India save the Test. One good news for India is that his arm is not fractured.

9. Mayank Agarwal- Mayank Agarwal was not having a great series with the willow. The right-hander aggregated just 31 runs in the four innings that he had batted in the series against Australia. The series turned worse for him after he got hit on the glove during a net session.

10. Hanuma Vihari- He kept the Aussies at bay in the third Test and helped India force a draw. He suffered a hamstring injury during the second innings but continued battling through the pain. Now, it has been declared that Vihari will surely not take the field for the fourth Test and might not even be fit for the subsequent series against England.

11. Jasprit Bumrah- The final name that finishes this list is Jasprit Bumrah. The Indian pacer suffered an abdominal strain and will not take the field at Brisbane. Bumrah was the hero with the ball for India in the second Test at Melbourne, picking up 6 wickets in the game.

12. Ravindra Jadeja – The all-rounder was hit on the left-finger during the first innings of the third Test while facing a fiery bouncer from Mitchell Starc. Later it was revealed that his finger got fractured and has been ruled out of the Test series.