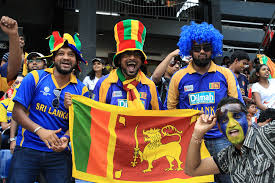 LPL: The third edition of the Lanka Premier League (LPL) will now take place on December 6 in Hambantota, according to the newly released dates for the competition. It was originally planned for the Kandy Falcons, Jaffna Kings, Colombo Stars, Dambulla Giants, and Galle Gladiators to compete in the LPL 2022 from July 31 to August 21. However, the country’s political and economic crises forced the postponement of the competition.

“The appetite for cricket in Sri Lanka is huge, and we are bringing the best of cricketing action to our fans in Sri Lanka. With the Lanka Premier League, we want to provide some high-energy T20 cricket throughout December. Sri Lankan Cricket has always produced many world-class players, and the inclusion of top international cricketers like Evin Lewis, Carlos Brathwaite, and Janneman Malan, among others, contributes to the growth and popularity of the Lanka Premier League in the subcontinent.”

said Anil Mohan, Founder, and CEO of IPG, the official promoter of LPL

Notably, the third iteration of the Lanka Premier League has signed renowned cricketers Sanath Jayasuriya and Wasim Akram as brand ambassadors. One of the greatest batters of all time, Jayasuriya, scored over 20,000 runs in international play and claimed 440 wickets for Sri Lanka. At the same time, Akram amassed 916 international dismissals for Pakistan throughout his illustrious career. The 1992 ODI World Cup winning team member Akram said he is “extremely happy” to serve as the event’s brand ambassador.

Anil Mohan, the founder, and CEO of IPG Group is enthusiastic about the upcoming edition of the tournament. Because the previous two editions were very successful. LPL has been a big success in terms of viewership. In addition to providing a platform for budding Sri Lankan players. 557 million people were exposed to the LPL’s first edition through TV, digital and social media, and traditional media.