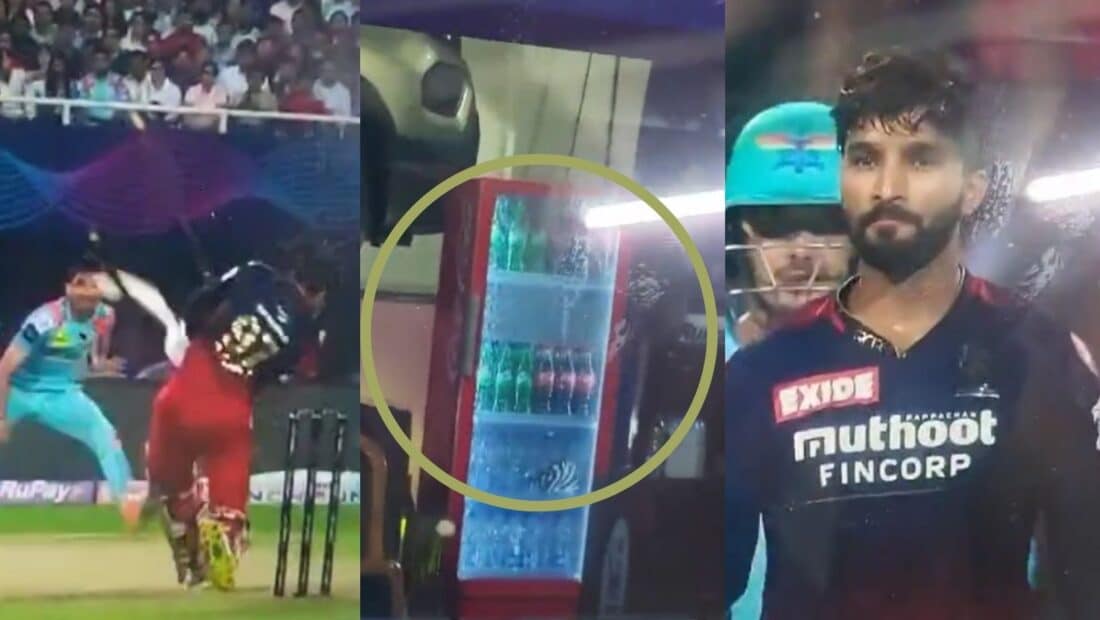 LSG vs RCB: Rajat Patidar was playing on another level last night when he smashed his career-best score of 112*. He also became the only RCB player to score a century in the playoffs or knockout games in IPL history. He set the platform on fire with 12 boundaries and seven big sixes. The 28-year-old reached his century in just 49 balls, which is the fastest for this season.

He was taking the chances and was scoring freely. Patidar smashed Krunal Pandya for 20 runs in one over during the power play. Then he came to attack LSG premium spinner Ravi Bishnoi in the 16th over of the innings. He hit Bishnoi for three sixes and two fours in one over and scored 27 runs in that over. But one of his six broke the glass of the fridge placed in the LSG dugout. The ball was hit so hard that it shattered the glass completely.

The over started with a single by Karthik, which brought Patidar to the crease. On the next ball, the leg-spinner bowled a half-tracker, which was smoked for six by the right-hander. However, on the very next ball, he was lucky as Deepak Hooda dropped his catch at the boundary and it went for four runs. But that was the luck he needed as he hit the fourth ball of the over for another maximum.

On the very next ball, he once again hit it for the boundary. But the last ball of the over was with sheer power from Patidar. The ball directly landed in the LSG dugout, smashing the fridge placed near the players. Download one of the best

Fans were hoping Virat, Du Plessis, or Maxwell would score big runs. But none of them made any significant score, but Patidar stood tall and played through the innings. He found the ideal partner in Dinesh Karthik, who just went berserk from the start. Both batsmen added 84 runs in the last five overs to help RCB reach 207/4 in their 20 overs. The veteran wicket-keeper batsman scored a quick 37 off just 23 balls, including five fours and one six.

Now RCB are two steps away from their maiden IPL title. But they will have to face the two best teams this season. They will lock horns with RR on May 27. And if they win that match, they will face GT in the final on Sunday at Narendra Modi Stadium. betting apps in India with a user-friendly design, and plenty of payment options, and enjoy all features and bonuses here on our site.