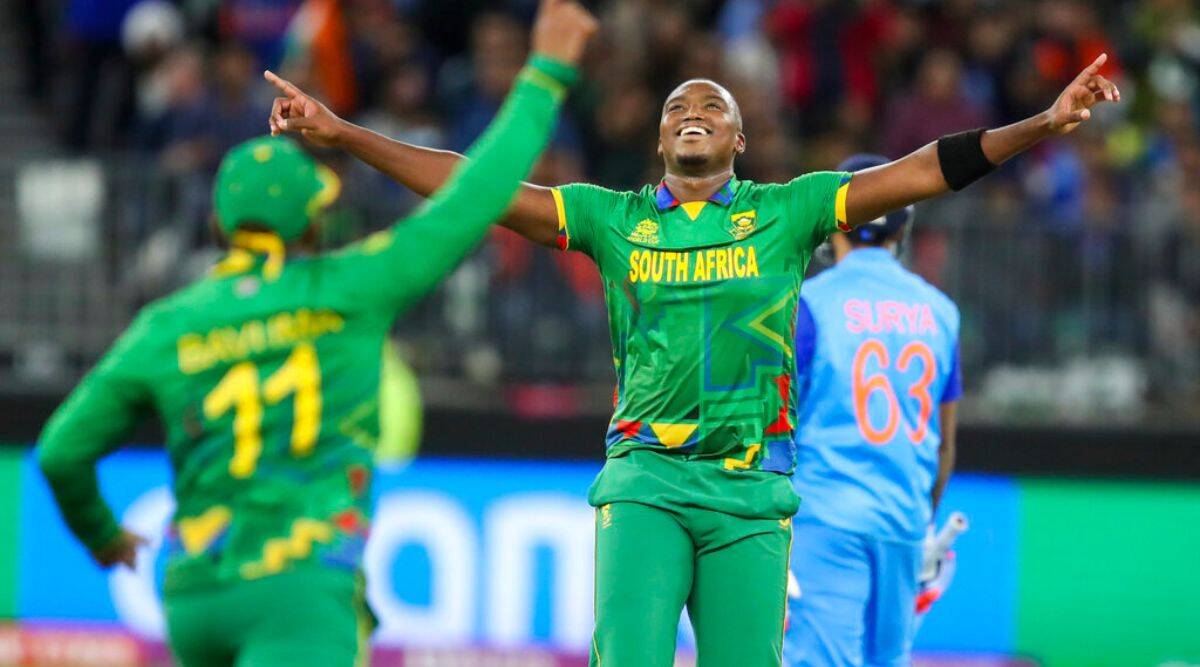 South African speedster Lungi Ngidi said that it was his dream to play and perform to his team’s win in a global event like the World Cup and clinch an award for it after winning the Player of the Match in South Africa’s win against India on Sunday, October 30. An inspired all-around effort helped South Africa beat Team India by five wickets in the Super 12 match of the T20 World Cup at the Perth Stadium in Perth. Making the most of the conditions, the Proteas pacers started well and helped the team restrict a strong Indian batting line-up to a below-par total of 133 in 20 overs. Despite losing early wickets, the batters responded well to the challenge thrown at them to guide South Africa to their second win of this year’s T20 World Cup 2022.

After being left out of the last game against Bangladesh in Sydney, Ngidi was recalled for this game at the expense of Tabraiz Shamsi. It was a tactical change by the Proteas in order to strengthen their fast bowling department. Ngidi made an instant impact with the ball by dismissing the famed Indian trio of Rohit Sharma, KL Rahul, and Virat Kohli inside seven overs. He wreaked havoc with the ball to break the backbone of the Indian batting line-up.

Hardik Pandya became his fourth and final victim of the evening. Ngidi finished with figures of 4-29 off his four overs. Ngidi was ably supported by fellow seamer Wayne Parnell, who finished the game with figures of 3-15. Speaking in the post-match presentation, Ngidi said it was one of his biggest dreams to win a player of the match award at the World Cup to help his nation win the game. He further said he will cherish that moment for a long time.

“It was pretty nerve-wracking when games get down that close. As a bowler, you can’t do much and just have to believe in the boys. This is one of my biggest dreams, to get something like this (award) at the World Cup and help the country win a game. I will cherish it for a long time,” said Lungi Ngidi in the post-match interview.

When asked about his plans for the Indian batters, Ngidi said that he had the information on how to bowl on the Perth wicket, and the game between Pakistan and Netherlands earlier on the day, helped him to know which lengths to hit against the Indian batters. The lanky Proteas pacer appreciated the match-winning performances of David Miller and Aiden Markram.

“It comes with watching a lot of games being played here, fortunately, I have played here as well and had that information (on how to bowl). We saw Pakistan bowl earlier and pretty much had to do the same thing. After the 10-over break, (Aiden) Markram moved the game forward and David (Miller) followed him. That partnership brought us close and then David finished it off,” Ngidi concluded.