Home » News » ‘Mahi Bhai Said At Least Your Debut Was Better Than Mine’, says Shubman Gill

‘Mahi Bhai Said At Least Your Debut Was Better Than Mine’, says Shubman Gill 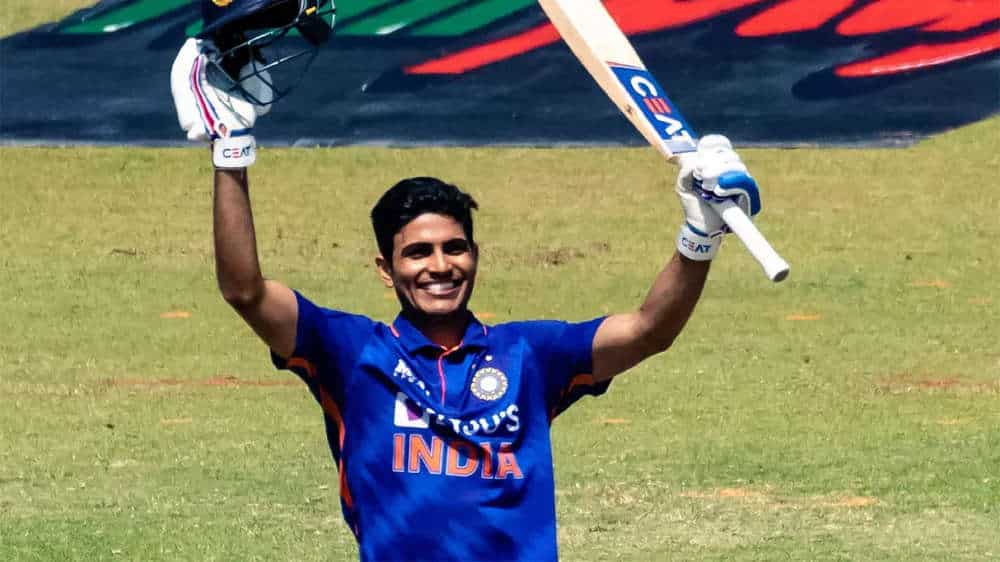 When Shubman Gill made his national team debut in a 2019 ODI against New Zealand in Hamilton, he was bowled for nine runs, which wasn’t the best start for the rising Indian star. Even worse, New Zealand won by eight wickets after chasing the mark in 14.4 overs. After India was dismissed for a pitiful 92. The famous MS Dhoni consoled him following Gill’s early dismissal, a gesture that significantly impacted the teenager. At the time, Gill was 19 years old and was understandably disappointed by the decision.

“I Was Sitting Mulling”, Shubman Gill

“On my debut, we got bowled out for 90 (92), and I made 9. I was sitting mulling over getting out early. We also lost the match. Mahi (Dhoni) Bhai saw that I’m sad. I was 19 back then. And he said, ‘Don’t worry, at least your debut was better than mine!’. Because on his debut, he was out for a duck without facing a delivery – he got run out. Then he started joking around. My mood improved. A guy won’t expect a player of his stature would take such a load to help out a newbie.”

The Indian opener has been playing for a while. But is now beginning to realize his full potential as he continues to give the Men in Blue an opening option. In 2019, he played for the first time against New Zealand. But he only managed to score 9 runs off of 21 balls.

In December 2004, Dhoni faced no deliveries before being run out for a duck in his maiden match against Bangladesh. He scored just 22 runs in his first four innings before making a name for himself in Vizag by batting 148 runs against Pakistan. Despite his unremarkable debut, Gill is now steadily establishing himself as a top batter across all formats.

The 23-year-old has played in 12 ODIs and scored 579 runs, averaging 57.90. Including one century and three half-centuries. He is travelling with India on their limited-overs tour of New Zealand. Where they will play three T20 Internationals and as many ODIs. Rain on Friday wiped out the first Twenty20 match between the two sides. And there’s a chance it will also affect the second match.

In 2004, MS Dhoni made his professional debut on a tour of Bangladesh. He was out for a diamond duck since he was run out before ever facing a ball. Currently in New Zealand for the T20I and ODI series, Gill is travelling with the Indian team. He would be excited to get the ball rolling for the Men in Blue as the second T20I approaches and the first match at Wellington was called off without a ball being bowled.