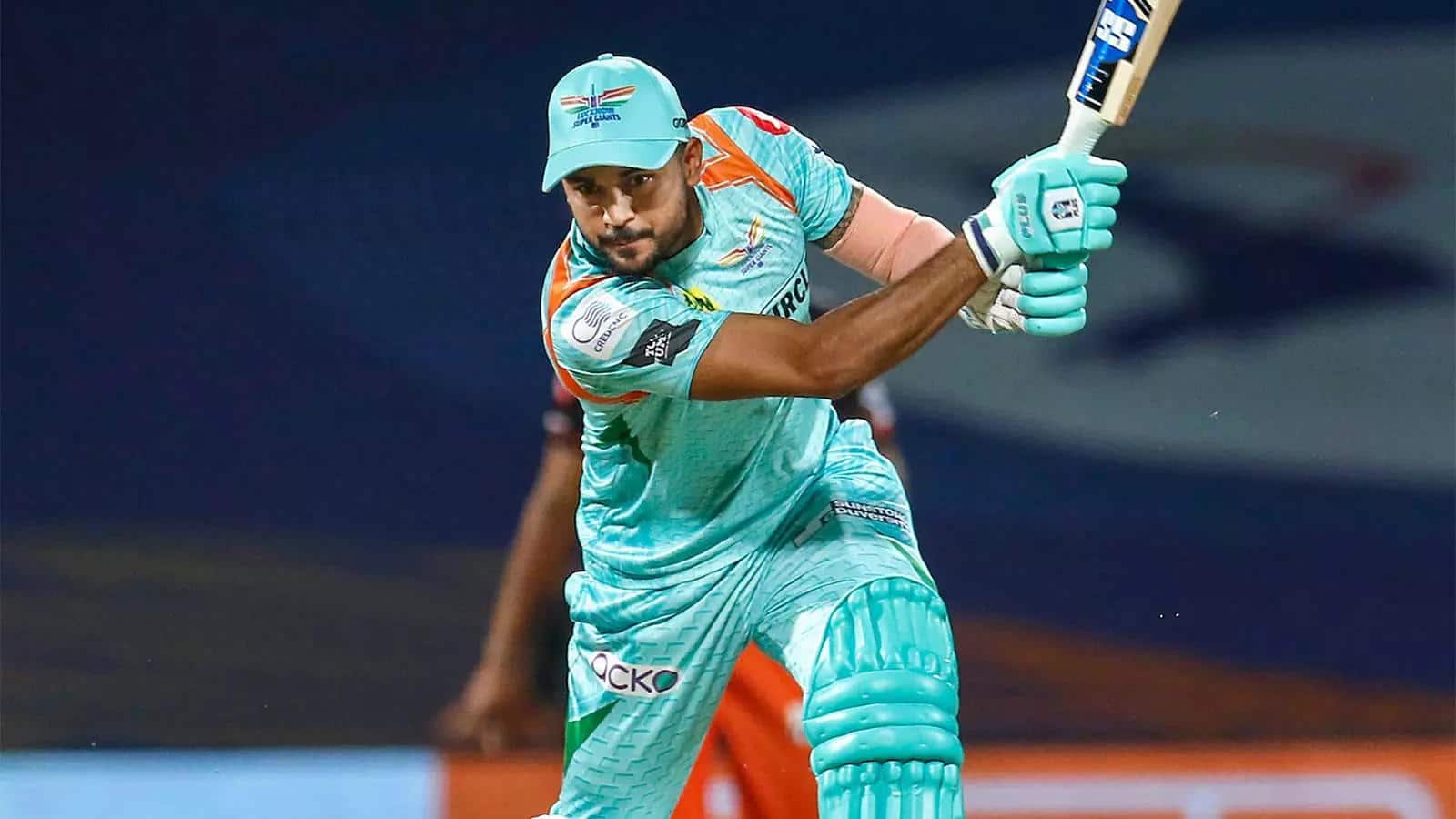 Middle-order batsman Manish Pandey was picked up by Lucknow SuperGiants in the IPL mega auctions in 2022 but the player however was released within a year. Along with 6 other players, LSG released Pandey to have some amount in the purse. Opening on his release, Manish Pandey mentioned that even though he understands the reason, there was no communication from the franchise.

Lucknow SuperGiants are one of the two new franchises that joined the IPL last year. Under the captaincy of KL Rahul, the team was 3rd on the points table. They were eliminated from the tournament after losing to RCB in the eliminator. Manish Pandey was given chances to play 6 games for the team but could only manage to score 88 runs. Despite the poor IPL, he has some great records including being the first Indian to score an IPL century.

There was no real communication: Manish Pandey

Speaking about this, he said, “No, I never got a call. I just got to know about it on the day the list was announced. There was no real communication, but yeah that’s alright. As players, you have to be ready. Because if you are not playing a lot of games, I understand from LSG’s point of view that they wanted to release me and get some extra money in the kitty for some other players or whatever the plan is.”

Previously played for Sunrisers Hyderabad too, Manish Pandey has struggled with the strike rate in the last couple of years. Nonetheless, he has the capability to bring balance to the side and adapt well with the conditions. Apart from Manish Pandey, others released from the side include Andrew Tye, Ankit Rajpoot, Jason Holder, Dushmantha Chameera, Evin Lewis, and Shahbaz Nadeem.

Manish acknowledged that he wanted to get more consistent with scoring runs. He said he was sad about not getting enough opportunities to represent India. “I just want to work on my consistency. That’s how a batter is measured. See obviously, individually I would feel a little sad about it. But I am sure, whatever calls the Indian team was taking or whoever was playing a certain number of games, I was happy for them,” he added.