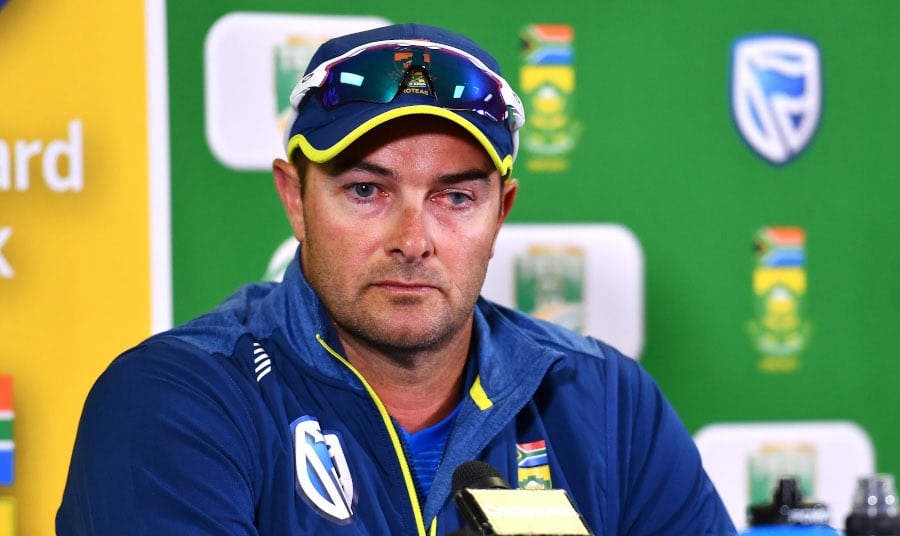 South Africa was on the tour of England to play 3 test games this summer. Dean Elgar’s team displayed a great performance in the first game. Taking the lead by winning the first match with an innings and 12 runs, it was that the visitors would make the most of the 1-0. However, the series ended with 2-1 in the favour of Ben Stokes and his team. South African coach Mark Boucher was unhappy with his team’s performance. Looking for India’s top betting sites? Check out live cricket odds and bet on live cricket games with our amazing betting bonuses!

After the series, Mark Boucher announced that he will not continue with the team post the T20 World Cup. In the same conversation, he addressed the lack of runs as the main cause of the defeat against England. “I’m disappointed because it’s a missed opportunity. We played some very good cricket but then we let ourselves down. We just didn’t put the runs on the board so we never quite knew how we could test England. We believed we had the bowlers to be able to take 20 wickets, but you’ve got to score runs,” he said.

In the second Test, the visitors lost the match with an innings and 118 runs. Batting in the third innings, South Africa was all out barely for 83 runs. The third test commenced from day 3 after the first day was washed out due to rains. The day was off in respect of the demise of Queen Elizabeth II. Nonetheless, the batting struggle was clearly visible when the Proteas came out to bat in the final game of the series. In both the innings, they were unable get a partnership going and were easily out by the English bowlers.

“I’m disappointed but understanding that our guys didn’t go out and try to play maverick cricket. We tried really hard. I could see it yesterday [South Africa reached 83/1 on day four of the Oval Test, however, they then lost nine wickets for 86 runs]. The guys got tested and fell short technically, but also because of good bowling. We knew England had a good attack and we were going to be tested. Unfortunately, we couldn’t stand up to it,” Boucher further said.

South Africa will now be touring India for a 3-match ODI series and 3-match T20I series. Whereas, England will make their first visit in 17 years to Pakistan for a 7-match-long T20I series before T20 World Cup in Australia in October and November. Stay tuned for our 100% FREE solid cricket betting tips and match guides from our professional betting tipsters.