Memes Galore After Rain Washes Out England vs Australia Game 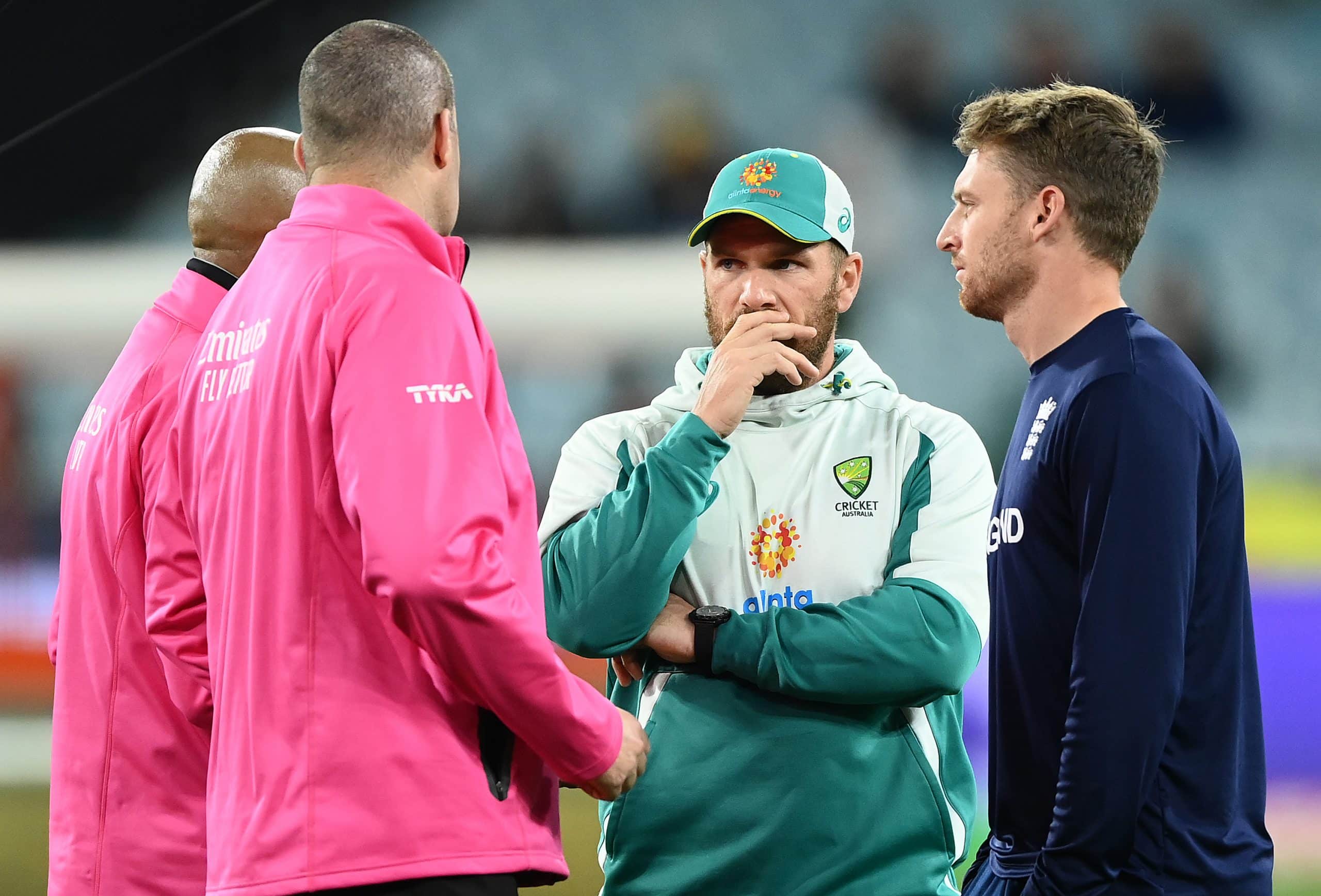 The Melbourne Cricket Ground on Friday saw heavy rains abandoning 2 important games for the Group 1 teams. The first game between Afghanistan and Ireland has tensed the situation. However, the Eng vs Aus game was considered to be a knockout game for both teams. After nearly 2 hours of delay and constant inspection, there was no option but to call it off.

Eventually, both teams were given 1 point each. The top 4 teams now have 3 points each and then Sri Lanka and Afghanistan with 2 points. The opening game of the tournament saw New Zealand defeat Australia by 89 runs which affected the net run rate of both teams to extremes. Australia defeated Sri Lanka in the second game and Aus vs Eng was crucial for the defending champions to reach the tabletop.

England meanwhile won the first versus Afghanistan but rain played its trick in the game with Ireland. The English team were 5 runs behind in the overs as per the D/L method and unfortunately had to give up on the easy 2 points. Therefore, the Eng vs Aus game was a decision maker on which team would have a shot at going ahead with a bit of less stress. After the match was called off, both the captains were disappointed knowing how important this match was.

“The outfield has taken a drenching over the last couple of weeks. That’s the wettest I’ve ever seen in this stadium. The run-ups were a really issue and around the inner circle, it were very wet. It’s more about players’ safety. We saw one of the Zimbabweans go down the other day. If you are trying to run there, it’s going to be a real issue. Everyone was ready to play, there was a great turnout, disappointing not to get on,” Finch said.

In addition to players losing out on a great game, fans were heartbroken about missing 2 games on the same day. Some called it unfair, some were unhappy with the rain and then there were others who trolled ICC after the Eng vs Aus game.

Here are Some of Top England vs Australia Memes: