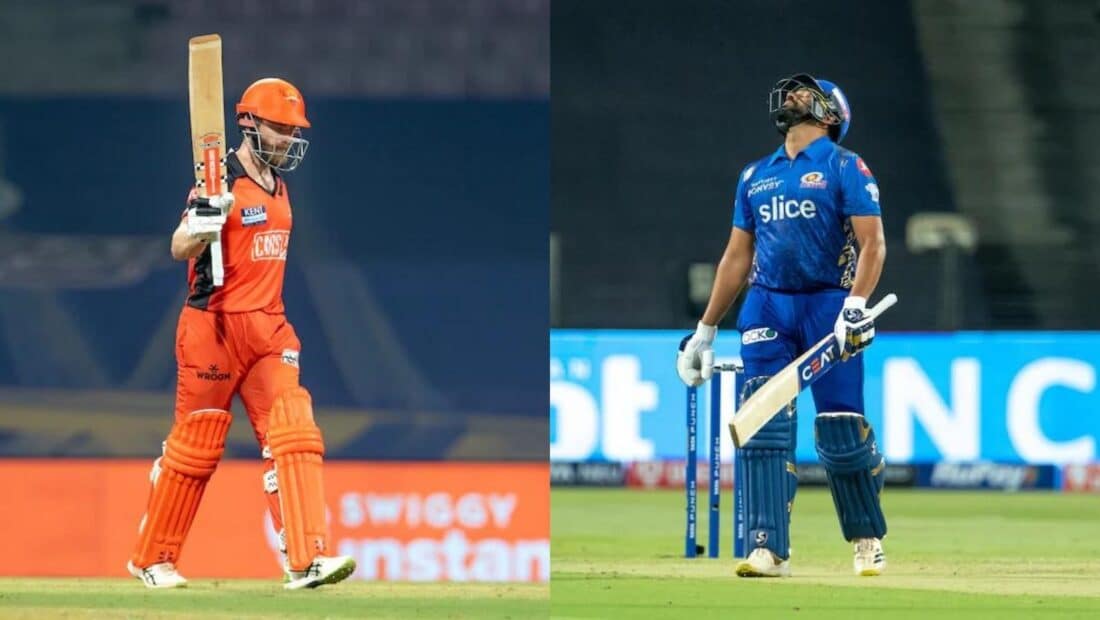 MI vs SRH Match Prediction: The next fixture will feature two former IPL winners squaring off against each other. With the 15th season entering the playoff stage, the path has become more difficult for the teams sitting in the second half of the table. The 65th match will have Sunrisers Hyderabad locking horns with Mumbai Indians.

The match will start at the DY Patil Stadium in the evening at 7:30 pm. Mumbai Indians have already been eliminated from the competition and are playing for their pride. On the other hand, Kane Williamson and his team are also almost disqualified but have a slight mathematical chance. But that is a huge task for them as per their current form.

Sunrisers Hyderabad made the headlines by becoming the first team this season to win five matches on the trot. But now the situation has become worse and they have lost their last five matches. That is the reason they are sitting in 8th place with nothing but two matches left to play. So, talking about any qualification chances, yes, they still have to make it, but it will be a miracle if it happens. Stay tuned for our 100% FREE betting tips and match guides from our professional betting tipsters.

They are down and out and looking underconfident right now. The batting is weak and the bowling is also struggling. The skipper himself is struggling with his form. They must win the next two games and then wait for the other teams to finish their games.

Daniel Sams has emerged as a potential fast bowler in the power-play. Kumar Kartikeya and Tilak Verma are the other two finds for them this season. Skipper Rohit Sharma will look to score some runs to finish the season with some runs under his belt. Bumrah will also be eager to add a few more wickets to his tally. MI is likely to stick with the same winning combination as last time.

Both teams have played 17 matches against each other. But these two teams have always produced some exciting cricket and the difference between the two is razor-thin. MI has won nine matches, and SRH has eight wins under their belt. Want to bet on cricket on the move? Discover India’s best betting apps here on our site.

MI vs SRH: Players to watch out for

Ishan Kishan has gone through a mixed season so far. At times, he has played well, but sometimes he gets out cheaply. So he will look to score a few more runs before the season ends. Ishan has scored a total of 327 runs so far, with three half-centuries.

Daniel Sams has done a really good job for MI in the power-play overs. He is taking runs upfront and giving MI a good start. So far, he has 12 wickets in nine matches at an impressive 8.85 economy rate.

Abhishek Sharma is doing a good job of scoring runs at the top. He is also taking the pressure off Williamson. The left-hander was the highest run-scorer in the last match with 43 runs, so he will be up for another good inning. The SRH opener has scored a total of 374 runs at a decent strike rate of 134.53.

Umran Malik has been one of the emerging talents of this season for SRH. He has certainly repaid the faith shown by SRH in him. In the last match as well, he took three wickets. Overall, he has picked up 18 wickets in 12 matches, including a five-wicket-haul against KKR.

Both teams have produced some thrilling matches in IPL history. But this match will be more important for SRH. So we will back Sunrisers Hyderabad to win this match.