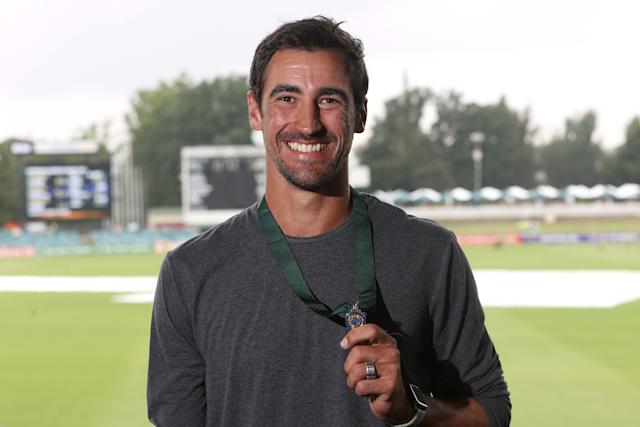 Mitchell Starc, an Australian fast bowler, has won the Allan Border Medal for the first time in his career. Starc won the medal by a single vote over all-rounder Mitchell Marsh. The Allan Border Medal is given to the top male Australian cricketer of the previous season. As determined by a vote of his teammates, the media, and the umpires. Mitchell Marsh received 106 votes, while Starc received one more. Starc is only the fifth bowler in history to receive an Allan Border medal.

Mitchell Starc’s first Allan Border Medal silenced the critics he gathered long ago not to listen to. He and his wife, Alyssa Healy, are also Australia’s newly crowned king and queen of one-day cricket, having both won the honour. Healy was also third in voting for the Belinda Clark Award, which was won by Ashleigh Gardner, with T20 player of the year Beth Mooney coming in second. If you are looking a live betting tips then see it more here.

In his winning speech, Mitchell Starc made a joking reference to Shane Warne. Shane Warne, who was commentating, termed the Ashes’ first ball wicket of Burns off Starc a “half-volley”. Warne said in the commentary. “That looked like a half-volley at leg stump that he missed.” Starc was questioned about his spectacular first Ashes delivery wicket. Starc answered, “You’re running in and trying to hit the stumps I guess. It was a straight half-volley on leg stump I think someone said,” He added,
Check our cricket match prediction today and get the latest news and updates.

“What would you like me to speak to him about?” Starc told reporters. “It doesn’t interest me at all. He’s entitled to his opinion. I’m just going to go about my cricket in the way I’d like to. I’ve got my family and support networks and I get to play cricket with some of my best mates. I’m pretty comfortable with where I’m at.

Left-arm pacer Starc took a total of 43 wickets at an average of 24.4 across all formats during the voting period and was instrumental in Australia’s 4-0 Ashes series win and the T20 World Cup win. Marsh who the Men’s T20 International Player of the Year, he won the “Man of the Match” in the final of the T20I World Cup in UAE.

M. Starc: “I’m not really sure what words to say at the moment”

Mitchell Starc seemed happy and confused at the same time. Despite coming into the Ashes series with his spot seemingly under threat, Starc excelled against England, finishing with 19 wickets and appearing in all five Tests. Starc is only the fifth Australian bowler to win the Allan Border Medal. He said,

“I’m not really sure what words to say at the moment. I’m very surprised. It’s obviously a peer-voted award so that adds extra special meaning. To look at some of those names that have won this before, it’ll take a while for it to sink in. It’s hard not to look back on the last six months and some of the performances across the board. It’d be hard not to sit back as an Australian cricketer or as a fan and not be proud of the group.”

Apart from Mitchell Starc, there are some other players who won different awards. So here we bring you the list of the award winners.