Mohammad Rizwan Reveals the Name of His Cricketing Idol 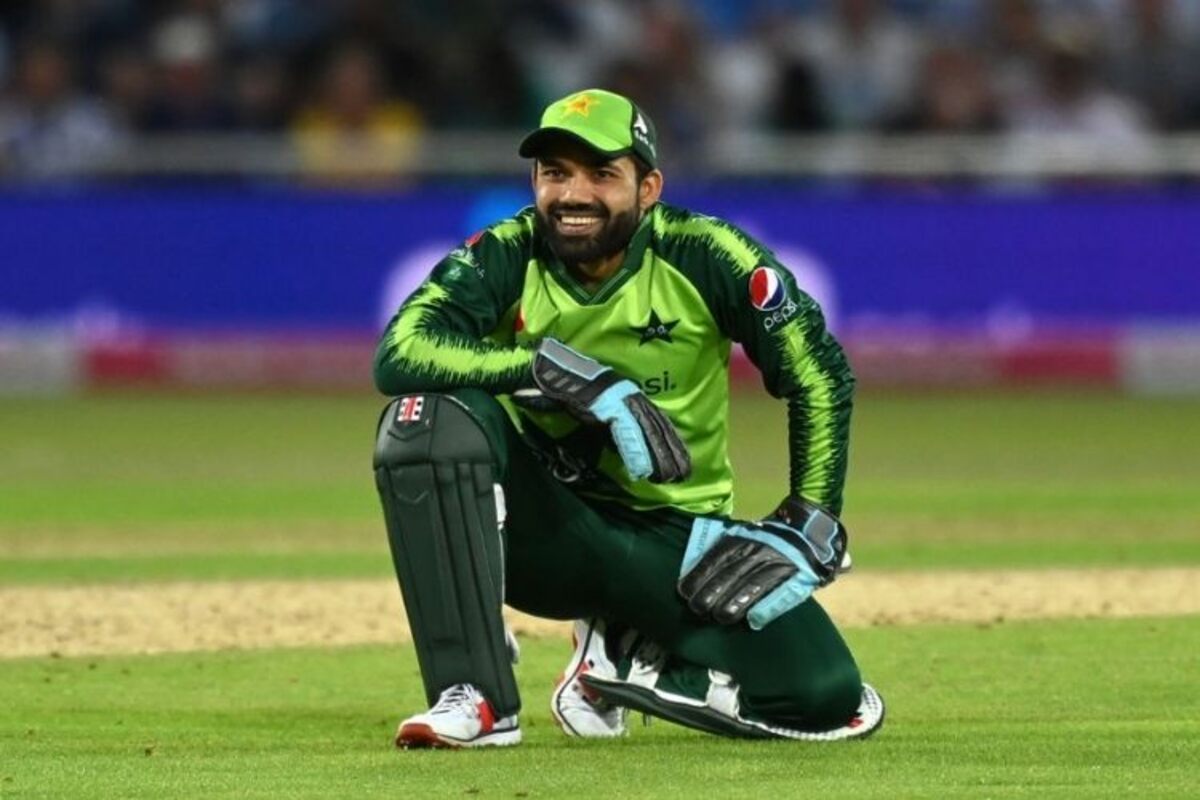 Pakistan’s wicket-keeper batter, Mohammad Rizwan has recently revealed that he has been following former South African captain, AB de Villiers from the very beginning of his career. Rizwan stated that the former Proteas batter is his cricketing idol and that he has been closely watching his performance in all formats of the game. AB de Villiers fondly known as Mr. 360 was certainly a class apart and there haven’t been many batters better than him in the history of the game. He used to dominate the bowlers and play his shots at will. Be it on the field or off it, de Villiers is a class apart.  Due to his different abilities, ABD has been a man that many young and current players of the current generation look up to. Rizwan is one amongst many admirers of the great man from South Africa.

The International Cricket Council (ICC) recently named Rizwan to the ICC Men’s T20I team of the year for the second successive time in his career. Rizwan had scored 996 runs in T20 International cricket in 2022, second only behind the number one ranked T20I batter Suryakumar Yadav. He was Pakistan’s joint-highest scorer at the T20 World Cup and played an important role in helping Pakistan reach the final. Arguably Pakistan’s best wicketkeeper-batter ever in T20Is, Rizwan was recently asked to name his cricketing idol. While one would have imagined he would pick either Rohit Sharma or Virat Kohli, he stunned all by naming former South African cricketer AB de Villiers as his idol.

“I Look Up to de Villiers,” Says Rizwan

“AB de Villiers is my cricketing idol, I look up to him. I always assess the conditions and the opponent and do these kinds of things (anchoring the innings). Sometimes it is embarrassing because in T20s everyone knows we love sixes & they want me to score 60-70 runs from 35-45 balls for me to win the match. It’s a very difficult role (anchor role in shortest format) and sometimes it looks very embarrassing. What my experience says and what I know is that whenever someone hires me, they demand me to play the anchor role like the way I do in Pakistan,” said Mohammad Rizwan

Rizwan is currently playing in Bangladesh Premier League 2023. He is part of the Comilla Victorians team. has slammed 125 runs in 4 games so far. The top-order batter has struck 1 half-century this fat which was an unbeaten knock of 55 runs. He holds a good average of 62.50 across 4 games. However, like always his strike rate has been subpar. Post the completion of the tournament, he will lead Multan Sultans in PSL 2023, set to commence next month in February.