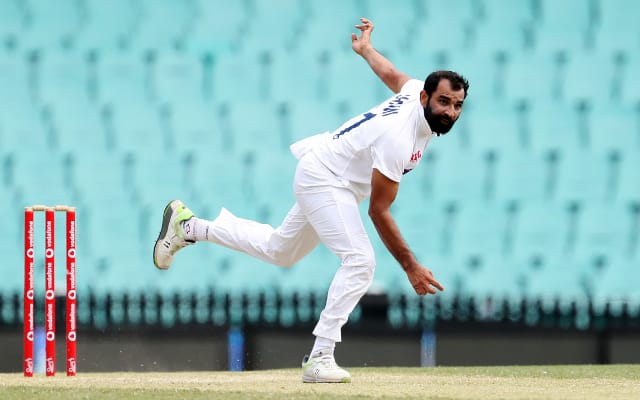 Team India has received a big injury boost ahead of announcing the squads for the last two Tests and the subsequent limited-overs series against England with their star man Mohammed Shami resuming bowling. Shami is not a part of the first two Tests of the four-match series because of the injury he had sustained in the Adelaide Test against Australia a couple of months ago.

Check our 1xbet Reviews 2021 and get free tips from the experts.

Shami was hit on his arm by a short delivery from Pat Cummins. Later, scans had confirmed a fracture in the forearm, ruling the pacer out of the remainder of the series. India, however, did not miss him much as they went on to win the series 2-1. But Virat Kohli & Co. must have missed Shami in the ongoing first Test against England as the visitors piled up a huge total of 578 in the first innings.

Shami now looks likely to be included in the squad for the last two Tests. The right-arm pacer shared a clip of him training rigorously at the NCA, along with fellow pacer Navdeep Saini, who is sidelined with a groin injury. Shami took to Instagram to post a video of himself bowling in the nets.

According to a source, Mohammed Shami’s forearm has healed completely. While confirming the big news, the source stated that the pacer would not rush his comeback and would undergo low key intensity net sessions for a few days. Shami has been reportedly advised to bowl 18 deliveries at around 50 to 60 percent effort.

“Shami’s forearm is fine right now. He will have some low-intensity net sessions for the next few days. He has been advised to bowl around 18 deliveries a day at 50 to 60 percent effort. Since he has been out for more than a month and a half, that is how the workload will be built,” the source was quoted as saying by India Today.

“He is bowling from a shorter run-up, working to get some feel back. By the next week, the training will be of medium intensity and a final call can then be taken if he will be available for selection for the final two Tests in Ahmedabad. The pink ball Test is still two and a half weeks away (February 24). Do check this free cricket betting tips 365  and learn how we predict matches.

“There is a very good chance that Shami will be fit and available for selection. He doesn’t have any other niggles as of now so by the end of next week, a more clearer picture will emerge,” he added.