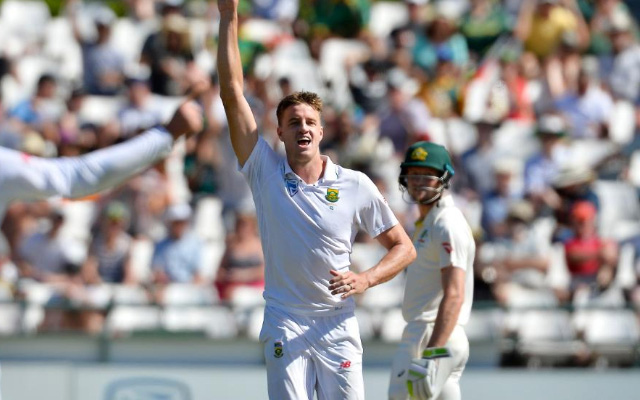 New Zealand and Australia are set to cross swords for the 20-20 World Cup title on 14th November. The two teams are yet to win the elite trophy and one of them will become the champion for the first time. New Zealand and Australia have played similar cricket in their journey to the final. New Zealand lost their opening game to Pakistan but bounced back to win all their next games, including a massive match against India. Australia too have won all their games except against England.

Former South Africa pacer Morne Morkel has put his weight behind New Zealand to win the 20-20 World Cup title. Morkel revealed he was optimistic about New Zealand’s chances even before the tournament started. Our cricket betting tips free are coming from experts. So, better learn from experts.

“While the spotlight was on India, Pakistan, England and Australia throughout the tournament, there was a little voice inside my head saying: ‘hang on don’t forget about New Zealand’,” Morkel was quoted by India Today

“They are the current World Test champions, played in the last 50-over World Cup final and their white-ball cricket has been exceptional over the past couple of years.

“They are street smart and organized and have an inspirational leader in Kane Williamson.

Morkel said New Zealand will be unfazed by their opposition as they have already defeated tournament favourites England. “They’ve already overcome a huge hurdle and got one over England which shows they can handle the heat when it’s on them.

“In the final, it’s about doing the basics as well as possible. That group is really focused on the fundamentals, but also have the ability to flick the switch to fifth gear and blow teams out of the water. Check our recent betwinner review here in our site.

“Their focus will be on getting themselves ready and controlling what they can control,” he added.