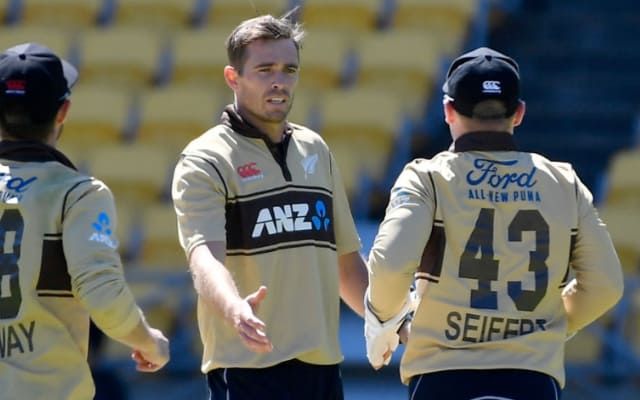 New Zealand have decided to rest six of their key players for the upcoming three-match T20I series ahead of the IPL 2021. The likes of Kane Williamson, Kyle Jamieson, Trent Boult, Mitchell Santner and Jimmy Neesham will not be part of the series as they all will be involved in the T20 extravaganza in India. Meanwhile, Will Young and Finn Allen have been handed over their maiden call-ups in the shortest format of the game. 4rabet cricket betting app download for android.

Young made his ODI debut in the first of the ongoing three-match series against Bangladesh. He scored 297 runs in seven innings in the Super Smash this season. As for Finn Allen, he ended as the leading run-getter of the Super Smash with 512 runs at an average of 56 and a strike rate of 193. He will also be playing for the Royal Challengers Bangalore in IPL 2021.

“It’s especially an exciting time for Finn, who will be getting his first taste of the BlackCaps environment. His Super Smash campaign with the Firebirds was nothing short of outstanding and we believe he has the skills to succeed at the next level,” selector Gavin Larsen said according to Cricbuzz.

Meanwhile, Lockie Ferguson and Adam Milne both have returned to the T20I squad after recovering from their respective injuries. Larsen was delighted to have the pacers back and hoped that they will do well with the T20 World Cup set to be played later this year. Take a look our free live cricket tips. We are the best website when it comes to betting online.

“We’re delighted to see Lockie and Adam return after working really hard to get back to this point. They are two of the premier fast bowlers in world cricket and it’s fantastic to be able to call on their services, in what is shaping as a big year of T20 cricket,” Larsen further added. The T20I series is set to commence on March 28 with the other two matches to be played on March 30 and April 1.