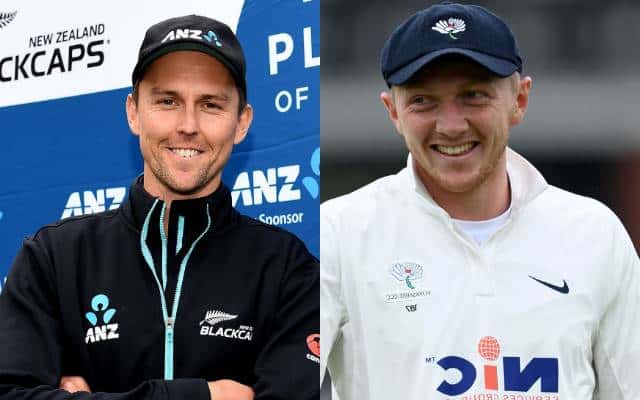 New Zealand have received a boost ahead of the 2nd Test match against England. Left arm pacer Trent Boult will most likely feature in the playing XI in the 2nd Test between the two sides that will commence on 10th June 2021.

New Zealand Head Coach Gary Stead threw light on Boult’s chances of featuring in the 2nd Test. Stead stated that the British Government has relaxed its quarantine stipulations and Boult will come out of isolation earlier than expected.  Register betway sign up and start betting.

“There’s a chance. There’s a few things that have changed, the British Government has relaxed their quarantine stipulations, so Trent (Boult) is out of isolation three or four days earlier than we expected,” said Stead as quoted by Cricbuzz.

Meanwhile, England have called up off spinner Dom Bess to their squad ahead of the second Test against the Kiwis as well. Head Coach Chris Silverwood revealed that Bess has been added to the Test squad so that England have their bases covered.

“We will see when we get there but I’m making sure we’ve got every base covered,” said Silverwood at the end of the first Test.

Bess reached the team hotel in Edgbaston on 6th June 2021 and will go into mandatory isolation for two days. The first Test between England and New Zealand ended in a draw. Devon Conway was the man who stole the limelight for New Zealand. The left hander scored a double century on Test debut at the Lord’s cricket ground. Here’s our solid cricket betting tips and guide. learn more from us.

After the two match Test series against England, New Zealand will clash against Virat Kohli’s India in the final of the World Test Championship (WTC) that will commence on 18th June 2021.