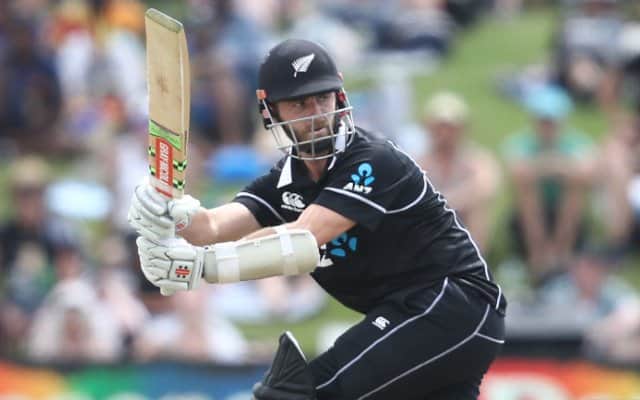 New Zealand captain Kane Williamson is set to miss the upcoming ODI series against Bangladesh. He needs to rest and rehabilitate for from a left elbow injury. It has been understood that Williamson has a small tear in his left elbow tendon and was managing his injury throughout the summer but there was no improvement. The three-match ODI series New Zealand and Bangladesh is set to begin on March 20. Comeon bet app it offers both  online casino and sports betting.

“Kane’s been managing the elbow injury to varying degrees this summer and unfortunately it hasn’t improved. He obviously has a high volume of training and playing across the three formats, which has inhibited his ability to recover. We believe he now needs a period of rest and rehabilitation to get the injury right,” NZC medical manager Dayle Shackel said according to Cricbuzz.

“Time-frames can vary but we’re hopeful that, after an initial rest, he should be able to begin rehabilitation next week,” he added.

New Zealand head coach Gary Stead stated that it was a tough decision to convince Kane Williamson to sit out of the series. But given the amount of cricket is to be played this year, he said it was necessary to do so. The Kiwis are also scheduled to tour England for two Tests in June followed by the World Test Championship Final against India in the UK itself. And New Zealand will need their best batsman to be fit for the marquee encounter. Take a look our cricket tips videos. You will learn from the experts.

“Kane loves playing for his country – so it hasn’t been an easy decision to step back. A batsman’s front elbow is crucial to his game and with the injury not improving it was clear something needed to be done. We’ve got a huge year of cricket ahead with an England Test tour and ICC World Test Championship Final first up in May and June [June and July], and we want to make sure we have Kane fit and firing for that,” Stead said.