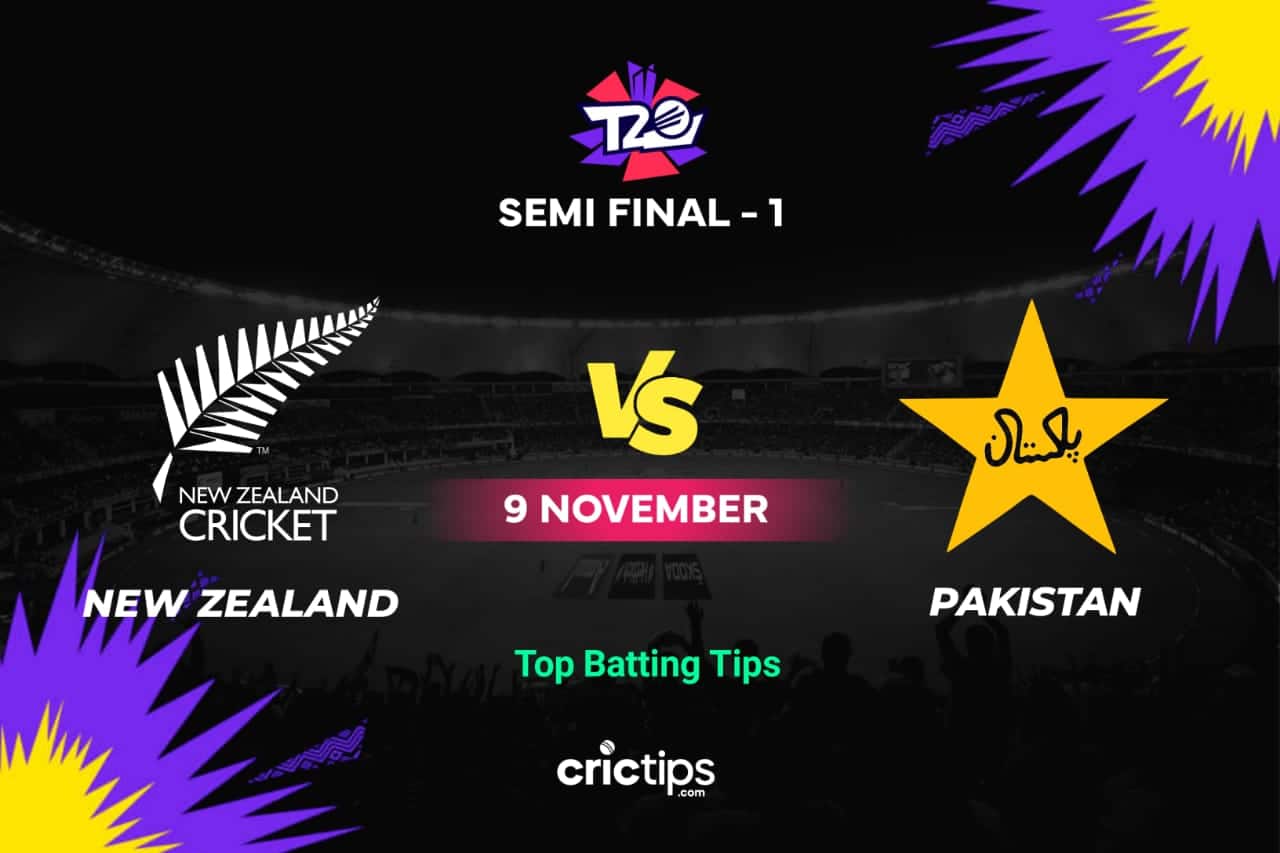 New Zealand vs Pakistan Betting Tips: The first semi-final match of the ICC Men’s T20 World Cup 2022 will see New Zealand battling it out against Pakistan at the Sydney Cricket Ground. Both the teams have good teams and thus a cracker of a contest is expected on Wednesday.

New Zealand finished in first place in the Group one points table. They have three wins, one loss, and one canceled game due to rain. Pakistan, on the other hand, qualified for the semi-final after ending up in second place in the second group. They lost two league matches while winning the remaining three games.

Here we are discussing some of the betting tips for the New Zealand vs Pakistan ICC Men’s T20 World Cup 2022 encounter that might help you make good money.

New Zealand will be hoping for another whirlwind knock from Glenn Phillips. The young batter has been absolutely sensational in the league so far. He is the top run-getter for his team with 195 runs in four matches at an average of 48.75. Philips is also the second batter to smack a century in the T20 World Cup 2022. Playing against Sri Lanka, he hammered 104 runs off just 64 balls at a strike rate of 162.50.

Pakistan batters have not had much success in the ICC Men’s T20 World Cup 2022 with the bat. They have failed to perform in most of the games. However, to win the semi-final, it is important for the batters to step up and score plenty of runs for the team. Mohammad Rizwan is yet to live up to his reputation. However, we are backing the opening batter to finally find the rhythm in the semi-final against New Zealand.

For New Zealand, we are backing Lockie Ferguson to cause carnage with the ball on Wednesday. The seamer has looked extremely well in the tournament so far. In New Zealand’s last match against Ireland, he was the pick of the bowler. Ferguson scalped three wickets in four overs at an economy rate of 5.5. A similar performance is expected from the pace sensation against Pakistan as well as New Zealand will be eying a place in the final.

Shadab Khan is expected to be the top bowler for Pakistan on Wednesday against New Zealand. He is currently leading the run-scoring charts for the Men in Green. In five matches, the all-rounder has bowled 18 overs to pick ten wickets at an average of 11.20. Shadab shined in Pakistan’s last match against Bangladesh as well. He played an instrumental role in stopping Bangladesh to a score of 127 runs in their 20 overs. The 24-year-old picked two wickets of Shakib Al Hasan and Soumya Sarkar at an economy rate of 7.5.

We are backing New Zealand to win the first semi-final and confirm a place in the final of the ICC Men’s T20 World Cup 2022. Though the team does not have a lot of decorated players in the squad, they have the resources and strategy to do well in the ICC events. Also, the Blackcaps were brilliant in the league round of the T20 World Cup as they topped the Group one points table.