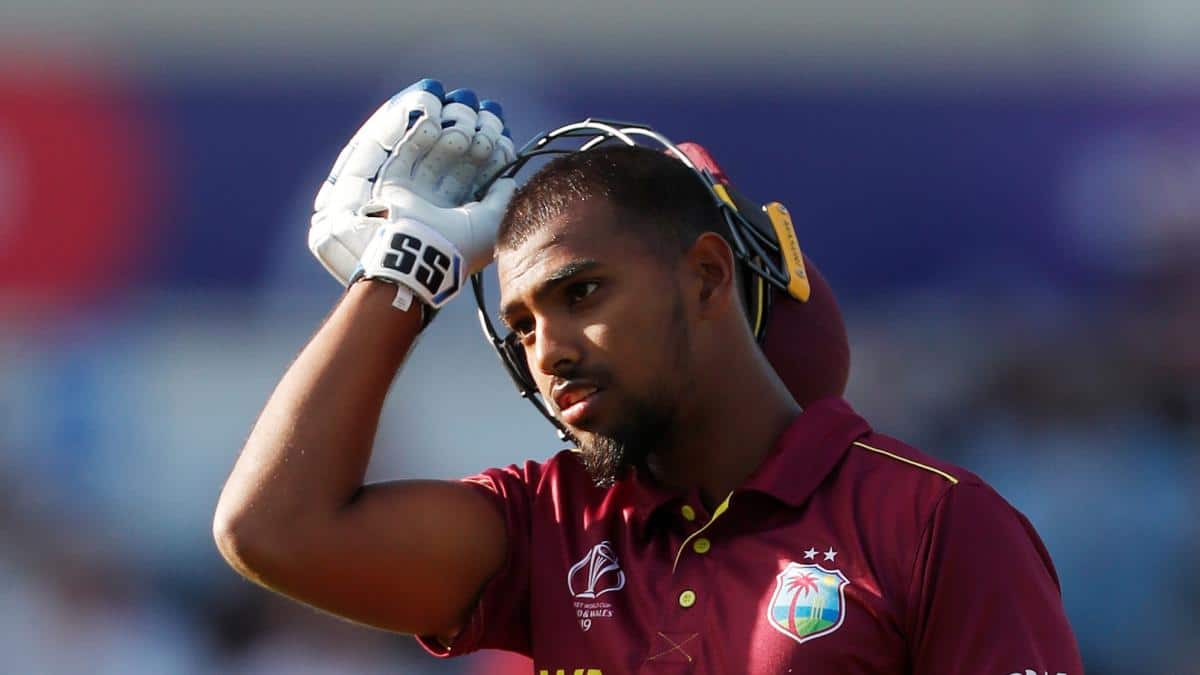 West Indies white ball skipper Nicholas Pooran has no immediate plans to step down following his team’s disastrous T20 World Cup campaign where the team failed to qualify for the Super 12 stage. Once a giant in T20Is, two-time winners West Indies appeared a mere shadow of their former self in the ongoing tournament. West Indies were knocked out from the qualifiers as Ireland booked their spot in the Super 12 stage of the competition after a brilliant all-round performance at the Bellerive Oval. Before that, the Men in Maroon suffered a defeat against Scotland in Hobart, West Indies gave themselves a chance with victory over Zimbabwe which left their final group game as a winner-takes-all contest. In the end, they could only muster 146 for 5 which Ireland hunted down for the loss of just one wicket.

After playing his first World Cup as captain, young Pooran is not ready to give up on his responsibility of leading the side. Pooran said he doesn’t know what’s going to happen in the future but he’s learning along his cricketing journey.

“Obviously, we don’t know what the future holds but we will take it day by day. Again, it was a learning experience for all of us and this is our journey and our story. Time will tell what will happen but for now it is just about focusing on ourselves and how we can get better as individuals. I have been thinking about the last couple of months. Playing cricket is my dream and obviously I have had my test in life as well and this is another test for me. I am a person that embraces challenges and this was just another one for me,” said Nicholas Pooran.

Following West Indies’ dismal performance, Cricket West Indies (CWI) vowed that there would be a thorough post-mortem of the team’s deeply disappointing T20 World Cup exit. Head coach Phil Simmons has already announced his resignation. However, Pooran rejected all the speculations about his future and said he will not step down as the captain of the team.

“It is not going to stop me. I am going to continue to learn from my experiences and again I am happy I can wake up in the morning and see that I have an opportunity to play cricket again,” added Pooran.

West Indies came to Australian shores with the likes of Andre Rusell, Shimron Hetmyer, and Sunil Narine among others not in the squad. The Nicholas Pooran-led side succumbed under pressure in the first round. West Indies have now failed to make it to the knockout stages of the competition twice in a row. They were dumped out from the Super 12 stage in the T20 World Cup last year in UAE and have failed to qualify for the Super 12 this time around.