NZ vs SA: Absence of Lungi Ngidi for Second Test Against New Zealand 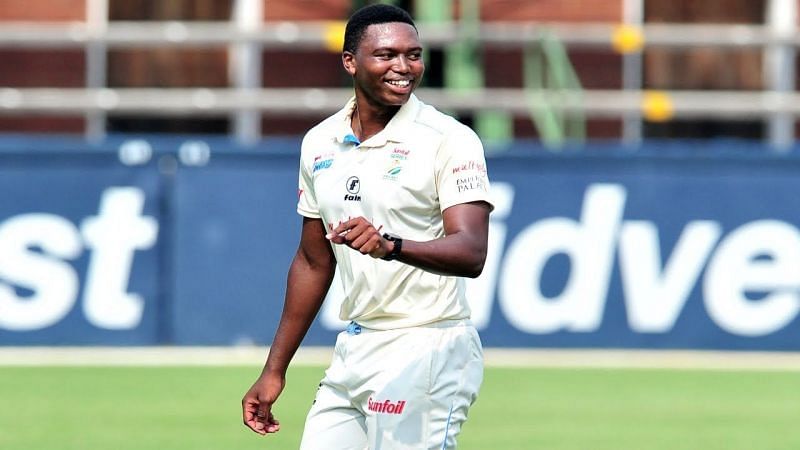 NZ vs SA: South Africa pace bowler Lungi Ngidi will not be a part of SA of the second Test against New Zealand. A back strain has ruled out South African fast bowler Lungi Ngidi of the final Test against New Zealand. Dean Elgar stated that it could be difficult for Ngidi to carry out his preparations by Test match standards. Ngidi has picked 47 Test wickets from 13 Tests. He didn’t play the first Test of this series. And this Proteas lost by an innings. South Africa lost the first Test match by a massive margin of an innings and 276 runs in Christchurch. Find here some Cricket Prediction and match predictions for the 2022 Season.

For the second match which occurs at the venue, Ngidi’s Absence will be a mighty blow for South Africa. This will affect the already depleted South African team who are looking to salvage a drawn series result. The 25-year-old pacer had also missed out on playing in the first match last week.

South Africa went into the game with a considerably weaker bowling attack with both Ngidi and another regular bowler in. Anrich Nortje is still unavailable owing to his respective injury concerns. Nortje got the injury issue before team India toured South Africa.

Get the best Online Betting Apps for IOS and Android here.

Shedding light on the status of Ngidi’s recovery, the South African captain Dean Elgar stated some words. He told that it could be difficult for the bowler to carry out his preparations by Test match standards. He has not got the chance to go out and bowl last week. And this turned as a setback for his side. Elgar revealed the bowler is only being able to bowl with a short run-up at this time and not training with the squad.

“He hasn’t been training with us, he’s only been bowling of a short run-up, which has been a bit of a setback for us. We know Lungi’s been a key figure within our bowling lineup. So, it’s a bit disappointing that he’s in the situation that he is in now,”

The Test team is coming from a 2-1 series win against a strong Indian side. Now they the effect of the absence of a few important members that were instrumental in South Africa’s last victory.

Elgar further commented on the form that the South African batters showed in the previous match suggesting it could well have dampened their confidence having put out a below-average performance in the first game. The skipper’s comments hinted at a few possible changes to the playing eleven for the second Test that is to begin on 25th February.

“I’m sure there are guys who are a little bit low in confidence, especially from a batting point of view,”

In their previous Test, South Africa’s plans with the ball failed as their four-bowler pace attack could not restrict New Zealand to a more acceptable score than the 482 they eventually put up on the board in their first innings. However, it was their batting that let them down excessively. The Proteas batting lineup folded for a meager 95 runs in the first innings and could only manage 111 runs in their second outing.

Looking for more Cricket Tips? Find it here and learn them from the Cricket betting experts.