Home » News » NZ vs SA Test Series: Man of the Match of the First Test Matt Henry to Miss the Second Test Despite His Superb All-Round Performance

NZ vs SA Test Series: Man of the Match of the First Test Matt Henry to Miss the Second Test Despite His Superb All-Round Performance 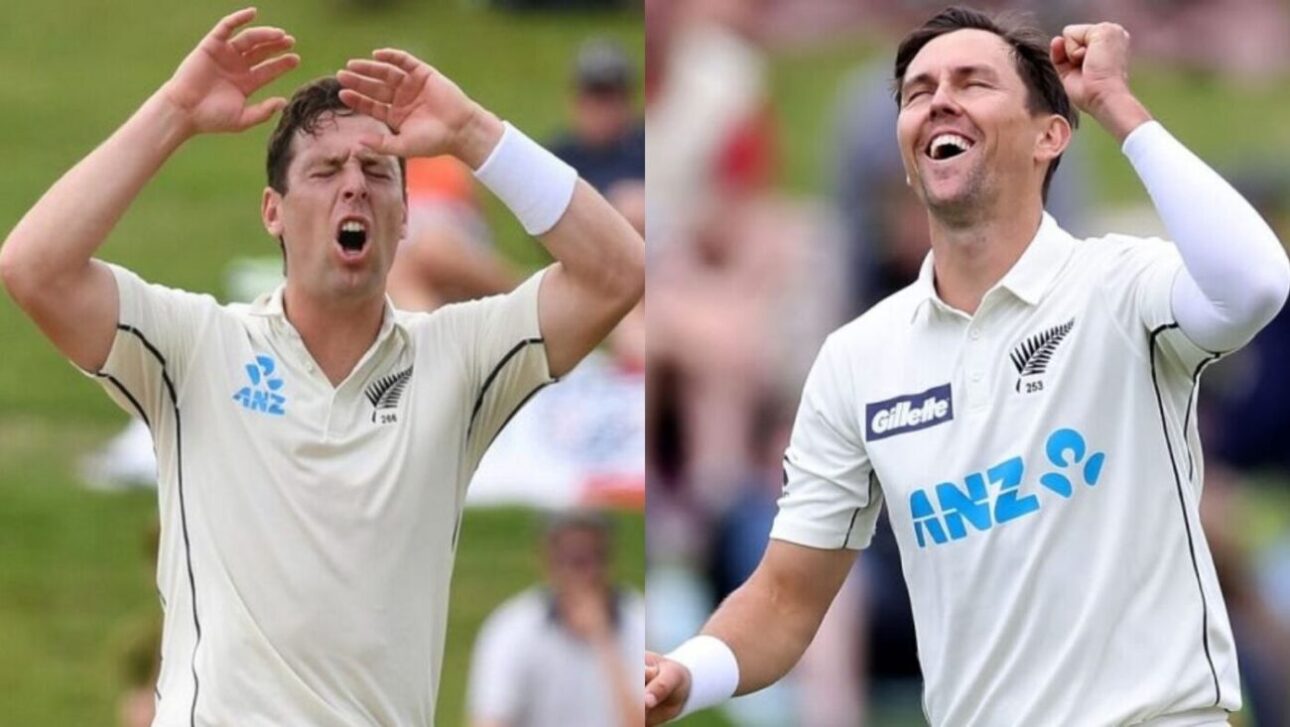 NZ vs SA Test Series: New Zealand won the first test match against South Africa and took a lead of 1-0 in the series. The Kiwi team thrashed the Protease by an innings and 276 runs in the first test at Hagley Oval. And the second test match between the two teams will start on February 25. But as per the Kiwi skipper, the star performer of the first test, Matt Henry, will have to make way for senior pacer Trent Boult.

Trent Boult was not available for the first test match due to his parental duties. He is back now with the team, and unfortunately, it will be Matt Henry who will have to sit out. Henry took his career-best figure of 7/23 in the first innings of the match. Adding to that, the pacer also scored some vital runs for his team in the only inning he batted. He scored an unbeaten half-century of 58 off 68 balls in the first innings of the match.

In the first innings, he helped his team restrict South Africa to a low score of 95 runs. And then he returned in the second innings and took two wickets. Henry was adjudged “Man of the Match” for his performance of 9/55 in the match. But now, with the return of Boult, he will miss the second match. New Zealand always preferred to go with a four-pace attack. In red-ball cricket, Trent Boult, Tum Southee, Neil Wagner, and Kyle Jamieson are their first choice bowlers for the team.

NZ VS SA: The Kiwi stand-in captain Tom Latham said during an interaction with stuff.co.nz that it is good for New Zealand cricket to have such options for the pace bowling attack. He said,

“It’s a great problem to have I think in terms of guys who are pushing their case for selection and guys stepping up when they take their opportunity. “We’ll have to assess that over the coming days, but they’re certainly good discussions to be having.”

South Africa, who were bundled out for a score of 95 in the first innings, didn’t recover from that point. This was the first instance since 1932 that the Proteas team got out under 100. Both teams will play the next match at the same venue, Hagley Oval, Christchurch. The match is scheduled between February 25 and March 1 at 10:00 pm GMT / 11:00 am IST.

NZ vs SA Test: “Man of the Match” Performance of Matt Henry