NZ VS SA: Trent Boult To Miss the Second Test Against South Africa 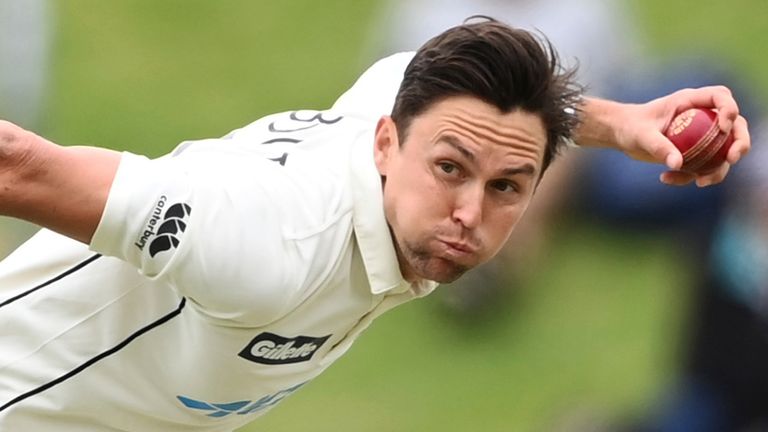 NZ VS SA: Trent Boult will not play in this week’s second Test against South Africa at the Hagley Oval. This is as New Zealand is unwilling to risk an injury to the fast bowler. He has not had enough training time to handle the workload of a Test match. Here are the Best Cricket Betting Tips for the 2022 Season.

Trent Boult was absent from the lineup for the first game as he and his wife anticipated the birth of their third child. While the 32-year-old will train with the squad ahead of this week’s Test, he won’t play for New Zealand again until June. It will be when the team tours England. Also, New Zealand Cricket is expected to allow IPL-bound players to miss the series against the Netherlands.

Although the left-arm will bowl in the nets with his teammates. But his lack of recent bowling will put him at risk of injury if he plays a match.

“[He] is not in a position to be available with his loads and where he’s at. Since his wife has been having the baby, he’s missed out on a lot of opportunities to play cricket and bowl. We just felt the risk of him playing was far too great at the moment.”

Because of Boult’s absence in the first Test, Matt Henry was able to earn a spot in the XI, which he took advantage of by taking a seven-fer in the first innings. He set the tone for New Zealand’s overwhelming victory by an innings and 276 runs and is only their fifth against South Africa.

“He’s always been a good bowler, and sometimes you need that opportunity to strike and make the most it. He bowled beautifully throughout the Test. But I thought the whole bowling unit bowled really well together and thought that was one of the reasons we were so convincing.”

Get the latest Betting Apps for IOS and Android here.

NZ VS SA: New Zealand Won The First Test By an Innings and 276 Runs

New Zealand defeated South Africa on Saturday. They won the first Test by an innings and 276 runs in just seven sessions in Christchurch.

The outcome means that New Zealand has given themselves a chance to win their first series against South Africa. They have only won five Tests against them in 46 meetings, 18 years, and after their last victory in Auckland in 2004. “It’s a great day,” skipper Tom Latham exclaimed.

In the seamer-friendly circumstances, the home bowling attack dominated the proceedings. South Africa, who were 387 runs behind in the first innings, began the day at 34 for three. They showed little desire to close the gap, losing their final seven wickets before lunch to be all out for 111.

Find some Cricket betting sites list for the 2022 Season.