Home » News » “Or Does He Think to Just Relax and Pass Time?” – Shahid Afridi Makes a Bold Statement About Virat Kohli

“Or Does He Think to Just Relax and Pass Time?” – Shahid Afridi Makes a Bold Statement About Virat Kohli 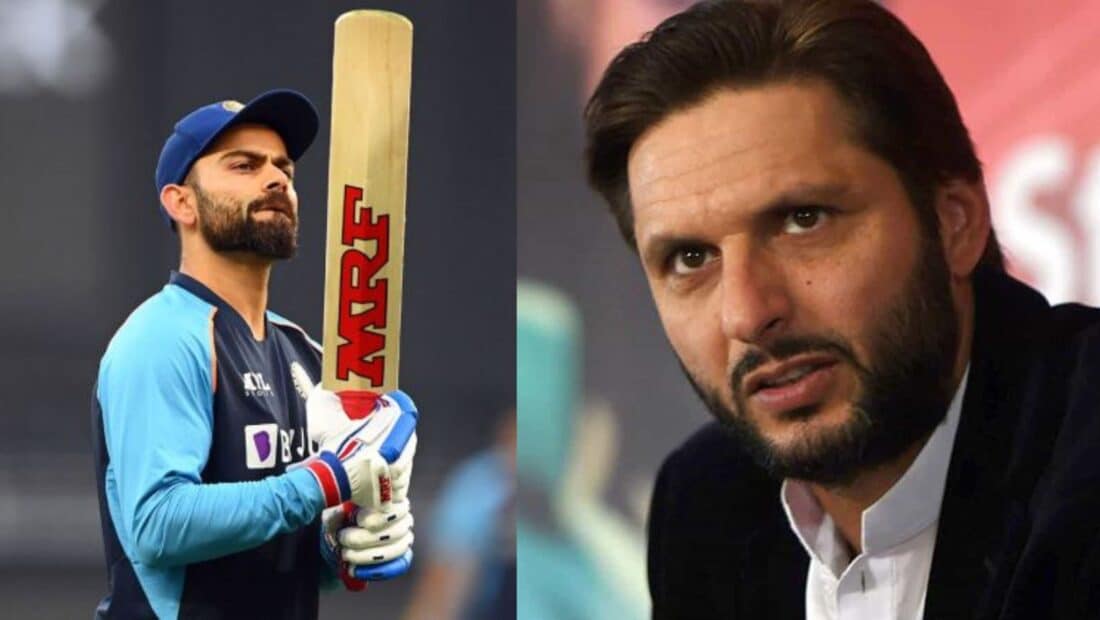 Virat Kohli has already made his name among the best batsmen in the game of cricket. The things he has achieved in his career are a dream for many. There are not many batting records that the former Indian skipper doesn’t have under his name. But the fact is that Virat is struggling at the moment. The run machine in cricket has struggled to make consistent runs of late. His century drought is increasing day by day after every match. Discover the ten best online betting sites in India and start betting online for this season.

He scored his last century in November 2019, against Bangladesh at Eden Gardens in a test match. But since then, he has played over 100 games but couldn’t convert his starts into a big one. Many ex-cricketers and cricket pundits have shared their views and have suggested many things to him in this period. Former Pakistani skipper Shahid Afridi has now come up with something the box statement over the 33-year-old.

The ex-Pakistani skipper said that he is not sure that Virat is playing with the same kind of intensity that he used to play with in his early days. He also said that attitude is something missing in the approach of the former Indian skipper. In an interaction with Samaa TV, Afridi said,

“Do you have an attitude towards cricket or not? That Kohli, earlier in his career, wanted to be the No. 1 batsman in the world… is he still playing cricket with the same motivation? But does he really even want to be No. 1 again? Or does he think he has achieved everything in life. Now just relax and pass time?”

The 33-year-old also struggled in the recently concluded season of the Indian Premier League. He scored 341 runs at a low average of 22.73 in 16 games, including 2 half-centuries. On the other hand, he registered three golden ducks, the most in his entire IPL career.

Earlier, former Indian head coach Ravi Shastri also shared his view on his form. He even said that Virat needs a break of 3–4 months from cricket to refresh himself. However, after a two-month-long IPL season, the former Indian skipper is on a break and is not part of the ongoing T20I series against South Africa. He will join the team on their way to the UK later this month. Are you looking for the most trusted real money best betting apps on the go? If yes, read more here.