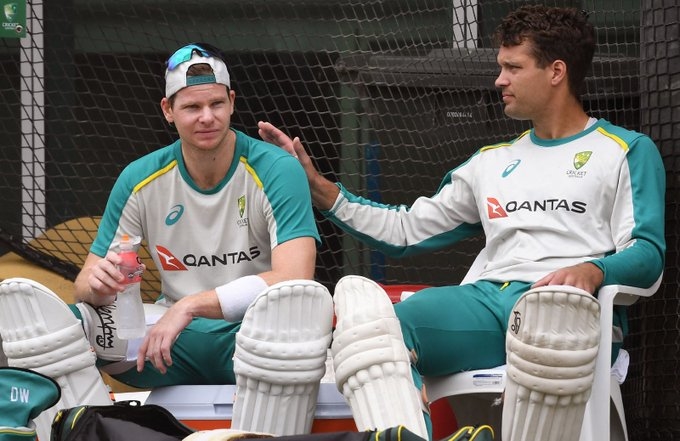 PAK VS AUS: Australia’s vice-captain Steve Smith has played down a death threat to all-rounder Aston Agar after the visitors landed in Pakistan on Sunday. The Aussies have toured Pakistan for the first time in 24 long years. Australia and Pakistan are scheduled to play three Tests, three One-Day Internationals (ODIs), and a lone Twenty20 International (T20I). Get online betting apps for IOS and Android here.

Agar was reportedly warned against traveling to Pakistan just days ahead of the first Test, which is due to begin on March 4 at Rawalpindi Cricket Stadium. However, Smith said the players trust their security team in Pakistan and that they are feeling safe.

Meanwhile, Cricket Australia and Pakistan Cricket Board (PCB) have dismissed the threat after launching an investigation into it.

“We’re aware of social media and the unfortunate events that can occur on platforms. We’ve got a lot of people working here with us, we trust our security and we’re feeling incredibly safe in Pakistan,”

Pakistan has not had regular visiting sides since a terrorist attack on the visiting Sri Lanka team’s bus in 2009, and Australia pulled out of a tour five years earlier after a suicide blast at a Lahore church. Last year, England and New Zealand pulled out of their tours to Pakistan, citing security concerns.

Smith’s reassurance has come a few days after captain Pat Cummins said the Australian players and the support staff are feeling “incredibly safe” and being taken care of by the PCB. The threat also included Agar’s children even as the spinner does not have kids.

“This is a warning for your husband Ashton Agar if he comes to tour against Pakistan he won’t come [back] alive,” a portion of the message read.

Meanwhile, Smith said he has assured that he has recovered well from the concussion that he had picked up while fielding during a T20I series against Sri Lanka in Sydney last month.

“It’s the first session back for me facing fast bowling. I’m recovering from the concussion and I’ve faced some side-arm and spinners. The head has progressed really well the last few days. I’m feeling in a good space, done a lot of stuff where I’ve got my heart rate up to a good amount and brought it down … all part of the protocols of getting back to playing,” the former Australian captain added further.

Here are some Bet365 betting tips and learn more about how betting works online.