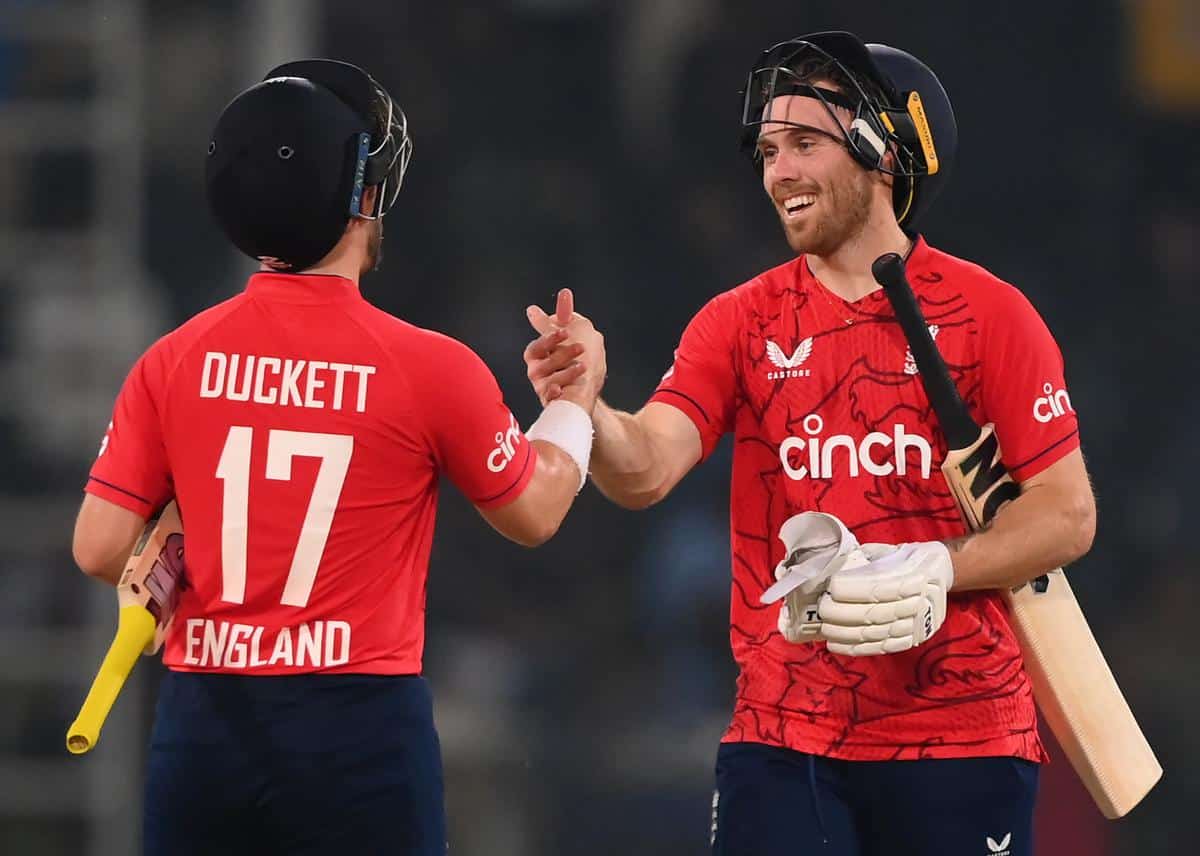 The Pak vs Eng T20I series is living up to the hype created. The competition is neck to neck, especially with the 3-3 scores and just one match to go. England brutally thrashed Pakistan winning the match in the middle of the 15th over. Pakistan bowlers had no chance to revive themselves and the match was long gone in the powerplay itself. Phil Salt and Alex Hales at the top sent every other ball to the boundary within 4 overs the team had reached a score of 50.

Hales couldn’t continue with the chase and got out. Keeping the fabulous momentum going, Phil Salt became the 3rd fastest player from England to reach 50. The 19-ball 50 came in the first over of Akmal Jamal where he went for 20 runs. None of the Pakistan bowlers except Shadab Khan had even an average day in this 6th Pak vs Eng game. The visitors lost 2 wickets and both were taken by Shadab. Shahnawaz Dahani had a nightmare game wherein he went for 33 runs in 2 overs. For more best cricket betting tips and match guides, read more here on our site.

Pakistan bowling coach Shaun Tait addressed the media after the defeat in the 6th Pak vs Eng game. Taking a funny note on the conference, he said, “So when we lose badly they send me. They send me when we get beaten badly.” He then continued and gave credit to England batsmen. He said, “They just attacked us. They came out attacking, every ball they tried to hit a boundary. It worked for the first three overs and, in some way, it put our bowlers off guard a little bit. We didn’t do a lot wrong and it was just great batting. Sometimes you have got to give it to the batting team.”

It was another day of saving his team from the collapse, Babar Azam made 87 not-out runs. This knock of his added another achievement to his name and Azam joined Virat Kohli to become the joint fastest player to reach 3000 runs in T20Is. The 7-match Pak vs Eng series will come to an end on Sunday, October 2 with the decider in Lahore. England’s captain who was to join the team after the Karachi leg has not participated even in one of the already played 6 matches. Additionally, Pakistan has missed 19-year-old Naseem Shah. He is under isolation after testing positive for Covid 19. Get all online betting Apps for IOS and Android here and learn more about how betting works online.