Home » News » Pak vs NZ: Babar Azam Attracts Trolls After Getting Out on Single Digit

Pak vs NZ: Babar Azam Attracts Trolls After Getting Out on Single Digit 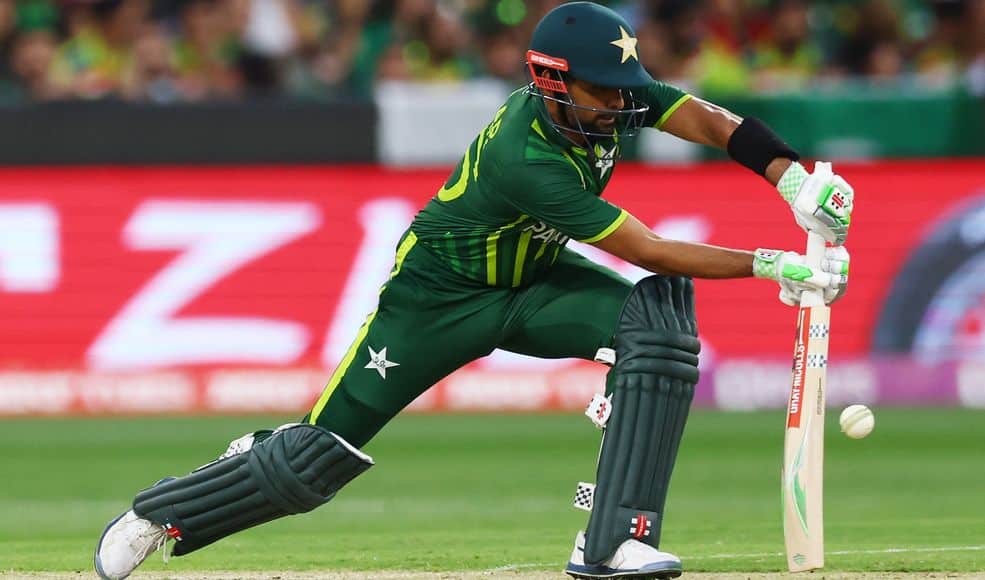 The final game of the Pak vs NZ series is underway in Karachi. After losing the first game, New Zealand made a strong comeback to level the series. In the series decider match of the series, Pakistan won the toss and decided to bat first. They made 2 changes on their side. Imam-Ul-Haq and Naseem Shah were rested and Shan Masood as well as Mohammad Hasnain were included on the side.

Fakhar Zaman and Shan Masood came to open the innings in the last Pak vs NZ ODI match. Masood, the vice-captain of the team was out in the first over. There were high expectations from Babar Azam who had played an extremely slow knock in the previous game. Unfortunately, the captain got stumped at 4 runs after playing 13 balls. This complicated the situation for the men in green. Nonetheless, Fakhar Zaman and Mohammad Rizwan toiled hard on the field making sure that the team reaches a respectable total in the last Pak vs NZ ODI.

Zaman was unfortunate to get run out after reaching his century. Rizwan on the other hand contributed crucial 77 runs. By the end of Pakistan’s innings in the series Pak vs NZ last ODI, they were able to reach 280 runs. In an effort to block Michael Bracewell’s delivery, the right-handed hitter left his line. Babar Azam was forced to play in the incorrect line when the fresh ball merely rotated a little. As soon as the batter crossed the line, the wicketkeeper effortlessly retrieved the ball and removed the bails.

There are also reports that Shan Masood may replace Babar Azam as captain. Loss in the Aus vs Pak and Eng vs Pak series have triggered the conversation. Furthermore, drawing the Pak vs NZ test series, getting out in an absurd manner, and having difficulties facing the spinners have all contributed to making things way harder for the captain. After wrapping up this series, New Zealand will again visit Pakistan to play 5 one-day internationals and 5 T20Is in April.