Home » News » PAK vs NZ: Naseem Shah Reflects on His Match-Winning Spell in the First ODI

PAK vs NZ: Naseem Shah Reflects on His Match-Winning Spell in the First ODI 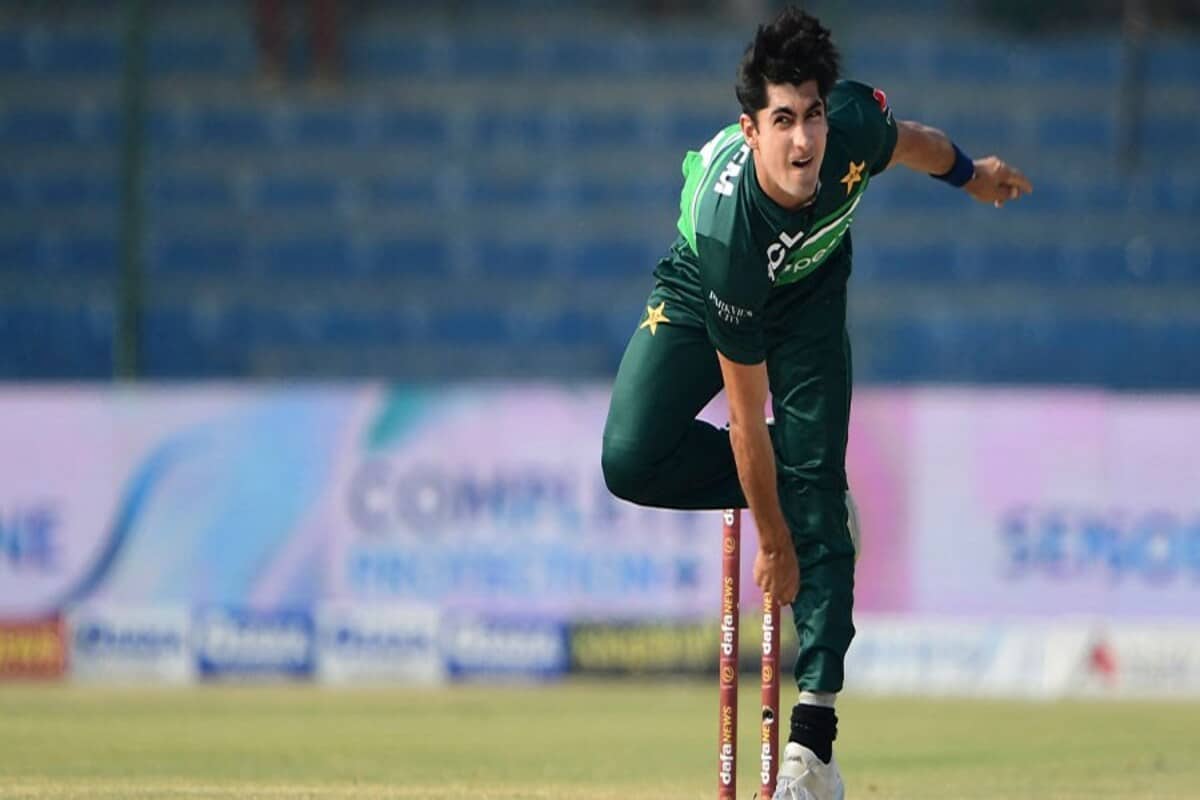 Pakistan’s pace sensation Naseem Shah said that the performance matters to him only if it helps the team win. Naseem’s remarks came after he recorded another five-wicket haul in his short ODI career to helping his team beat New Zealand in the first ODI of the three-match series played at the National Stadium in Karachi on Monday, January 9.

The Babar Azam-led Pakistan defeated New Zealand in the series opener to take an early lead of 1-0 in the series with 2 games to go. Batting first, New Zealand’s start wasn’t ideal as they lost opener Devon Conway for a golden duck. Naseem Shah got Conway out in the first over and that was the first of five wickets he claimed in the match. Playing only his fourth ODI, the express pace bowler was the star performer as he led the bowling group with a five-wicket haul. This was the second successive five-wicket haul in the 50-over format for Naseem after claiming his first against the Netherlands in August last year. Bowling with good pace and control, Naseem finished the game with figures of 10-0-57-5, helping the hosts restrict the visitors to 255 in their allotted 50 overs.

Chasing 256, wicketkeeper batter Mohammad Rizwan top scored with 77 off 86 deliveries to take his team over the line with 11 balls and six wickets to spare. With this victory, the Men in Green moved to the second spot in the ongoing ICC Men’s Cricket World Cup Super League points table.

“Good performance is fun only when the team wins. Everyone bowled well. It was reversing, and I just bowled to my strength. Followed my plan and executed it,” Naseem Shah said in the post-match presentation ceremony.

By bowling another impressive spell,  Naseem joins an elite group of bowlers who have also taken two consecutive fifers, including Waqar Younis, Saqlain Mushtaq, Azhar Mehmood, Shaheen Shah Afridi, and Aqib Javed. The 19-year-old is the sixth Pakistani bowler to achieve this remarkable feat in the ODI format while he is the twelfth cricketer in the history of the game to claim consecutive fifers in the world. He also has set a new world record by taking 15 wickets in his first four One Day Internationals, surpassing the previous record of 14 wickets, held by Ryan Harris and Gary Gilmour.