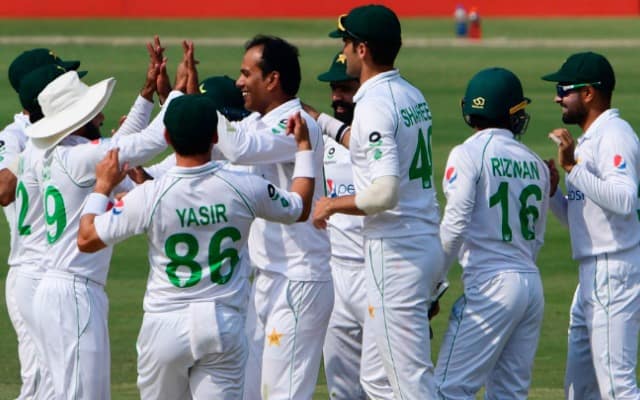 Pakistan have sealed the first of the two-match Test series against South Africa at the National Stadium in Karachi. Despite losing the toss, the hosts put up an admirable performance and their debutant bowler Nauman Ali stunned the Proteas batsmen with his guile to leave them reeling, especially in the second innings. Free app 1xbet mobi, Take a look our full review.

South Africa, on the other hand, will be ruing a lost chance as they threw their wickets away in the first innings to post only 220 runs in their first essay. However, they bowled extremely well to reduce Pakistan to 27/4 at the end of Day 1. But Fawad Alam stood in the middle like a rock on Day 2 to frustrate the visitors. He slammed a brilliant ton while Azhar Ali and Faheem Ashraf notched up half-centuries.

The tail frustrated South Africa as they stretched the first-innings lead for Pakistan. Hasan Ali, Nauman Ali and Yasir Shah scored 21, 24 and 38 runs respectively to take the team’s score to 378 runs.

Nauman Ali runs through South Africa in the second innings

Trailing by 158 runs, South Africa needed to put up a brave effort with the bat and they did it through Aiden Markram and Rassie van der Dussen. After Dean Elgar’s early loss, the duo added 127 runs for the second wicket with both Markram and RVD getting to their respective half-centuries.

After going wicketless for more than 50 overs, Pakistan managed to breakthrough via Yasir Shah and this triggered a collapse. Nauman Ali and Yasir didn’t let any other batsman settle in the middle as South Africa lost their last nine wickets for just 70 runs. Temba Bavuma mustered 40 runs and tried to hang in the middle but Nauman landed perfect deliveries in the rough to extract and notched up a five-wicket haul on debut. Here’s free cricket betting tips uk. Learn from betting experts.

South Africa were bundled out for 275 runs in their second innings setting a paltry target of 88 runs for the home side. Pakistan lost three wickets in the chase but never looked in trouble as they won the match by seven wickets to take a 1-0 lead in the series.