Home » News » PAK vs WI: Babar Azam Creates an Incredible Record Even After Missing a Century Against West Indies in the 2nd ODI

PAK vs WI: Babar Azam Creates an Incredible Record Even After Missing a Century Against West Indies in the 2nd ODI 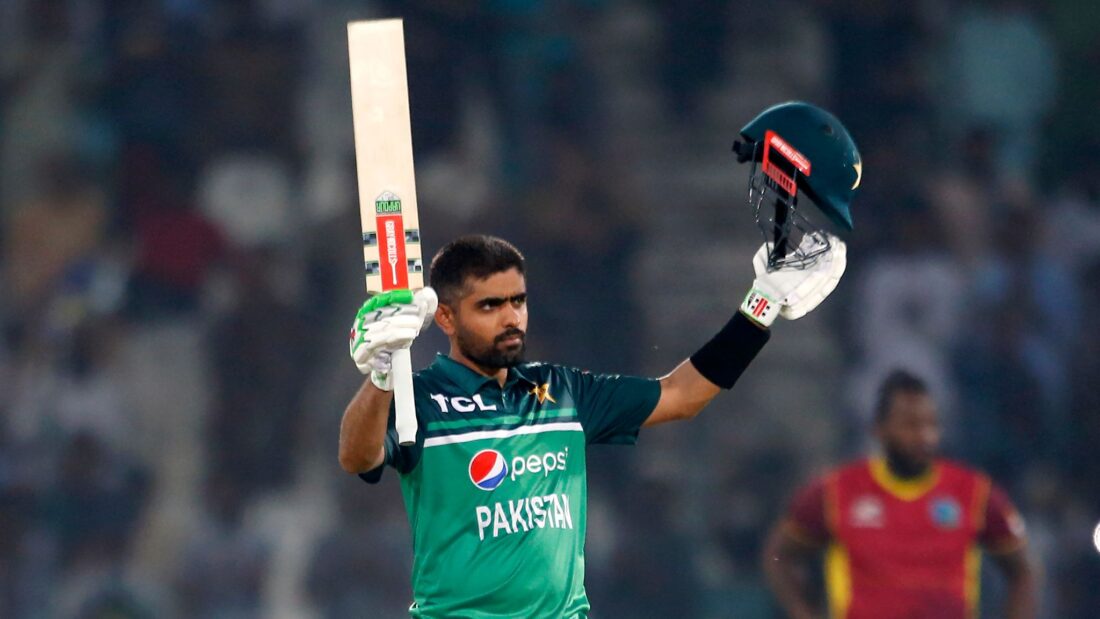 PAK vs WI: Another day, another record in the kitty of the Pakistani skipper, Babar Azam. On Friday, the Men in Green locked horns with the West Indies at Multan Cricket Stadium, Multan. After winning the first ODI, it was a really good chance for the home team to win the second match to take a 2-0 unassailable lead. And that’s what happened in the end. Everything went in Pakistan’s favor. It was another toss to win for the home team, and they elected to bat first. Seeking for the official betting sites in India? Learn how to find the right one for you and explore your sports betting options.

Fakhar Zaman once again got out early, and guess what, it was another 100-run partnership between Babar and Imam. Both batsmen added 120 runs for the second wicket, and it was their sixth 100-run stand between the two. The left-hander was looking good for a big score, but unfortunately he got run out for 72 runs. But the skipper was solid at the other crease. He brought up yet another half-century. However, it was looking like he would get his fourth successive ODI century to equal the record of Kumar Sangakkara. But against the run of play, he was dismissed by Akeal Hosein. The skipper scored 77 off 93 balls. In the end, the home team managed 275/8 in their 50 overs.

PAK vs WI: Babar became the first batsman to do so in history

However, the West Indian batter didn’t look comfortable against the Pakistani spinners and got out for just 155 runs. Mohammad Nawaz registered his career-best figure of 4/19 in his 10 overs and won the “Man of the Match” award. On the other hand, the Pakistani skipper creased another massive record. His knock of 77 was his ninth successive 50+ score in international cricket and he became the only player in the history of the game to score nine back-to-back 50+ scores.

This streak started with a brilliant 196 in the second innings of the second test against Australia at home. He then scored 66 and 55 in the final test. In the three-match ODI series, Babar registered scores of 57, 144, and 105*. On the other hand, in the one-off T20I against Australia, he scored 66 runs. Looking for more betting apps in India? Check out live cricket odds and bet on live cricket games with our amazing betting bonuses!

Babar had also scored a century (103) in the first ODI against the West Indies, and in the second match, he scored 77. In the previous match, he had also broken the record of Virat Kohli. He scored 1000 ODI runs as a captain in just his 13th innings, and Virat did it in 17 innings.