Home » News » PAK vs WI: Imam-UL-Haq Furious Over Babar Azam After Getting Runout in 2nd ODI Against West Indies – Watch

PAK vs WI: Imam-UL-Haq Furious Over Babar Azam After Getting Runout in 2nd ODI Against West Indies – Watch 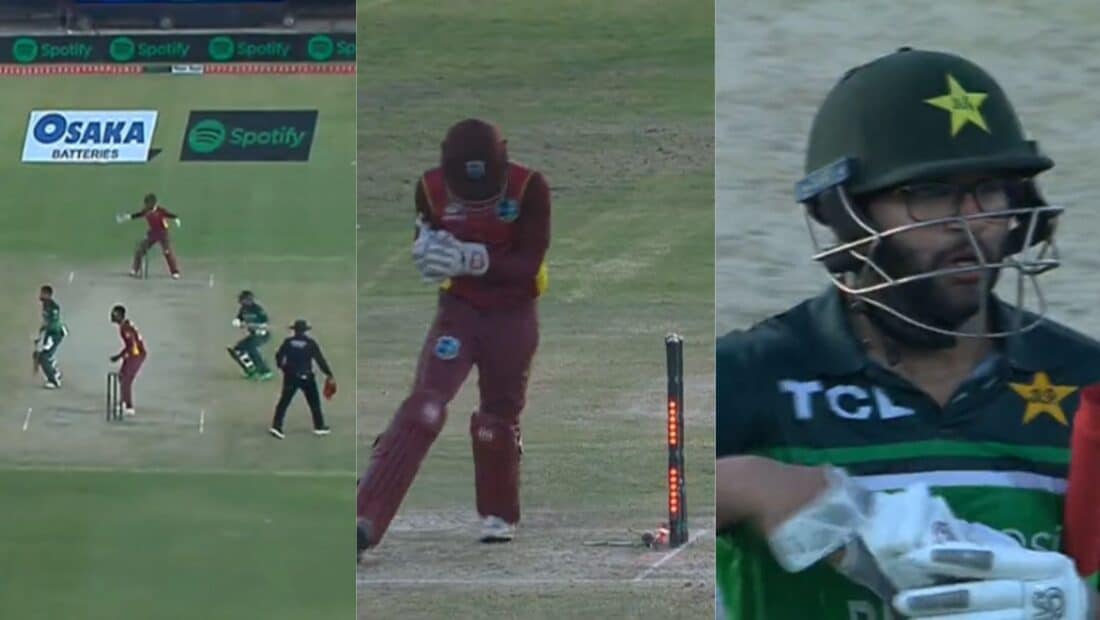 PAK vs WI: The Babar Azam-led team registered another comfortable win over the West Indies in the second ODI match on Friday. After winning the first match, the home team thrashed the visitors by a huge margin of 120 runs at Multan Cricket Stadium. It was yet another toss that ended in favor of Pakistan, and they elected to bat first. However, Fakhar Zaman got out once again after scoring 17 runs, which brought the skipper to the crease. Discover the ten best online betting sites in India and start betting online for this season.

Babar, who was coming off a brilliant century (103) in the last game, carried on his form. He, along with Imam-ul-Haq, once again put on another 100-run partnership. Notably, this was the 6th 100-run stand between the duo in 27 innings. Both batters added 120 runs for the second wicket. They also brought up their respective half-centuries in this process.

Both batters were looking good for another big score. In particular, Imam was taking on the bowler and was scoring over the strike rate of 100. But unfortunately, his innings ended due to poor communication between both players, and as a result, the left-hander got run-out. However, it was the Imam’s call for a single, but Babar didn’t respond. Going back to the pavilion, the left-hander was furious.

It happened in the 28th over of the innings. Imam flicked a ball off Akeal Hossain to the leg side and called the skipper for a single. However, Babar was watching the ball and didn’t respond, but the left-hander was in the middle of the pitch. Nicholas Pooran, who was fielding at mid-wicket, grabbed the ball and threw it to the keeper, who collected the ball and knocked the bails out.

Speaking of the match, the top scorers for Pakistan were Babar (77) and Imam (72). Chasing the target, the visitors lost the in-form Shai Hope early, but Kyle Mayers and Shamarh Brooks added 67 runs off 54 balls for the second wicket. But once the partnership was broken, Pakistan were all over them.

From 71/1, the West Indies were bowled out for 155. Mohammad was the star as he picked up four wickets for just 19 runs. He also won the “Man of the Match” award. Both teams will now lock horns on Sunday for the third and last ODI match. Stay tuned for more expert betting tips and match guides from our professional betting tipsters.