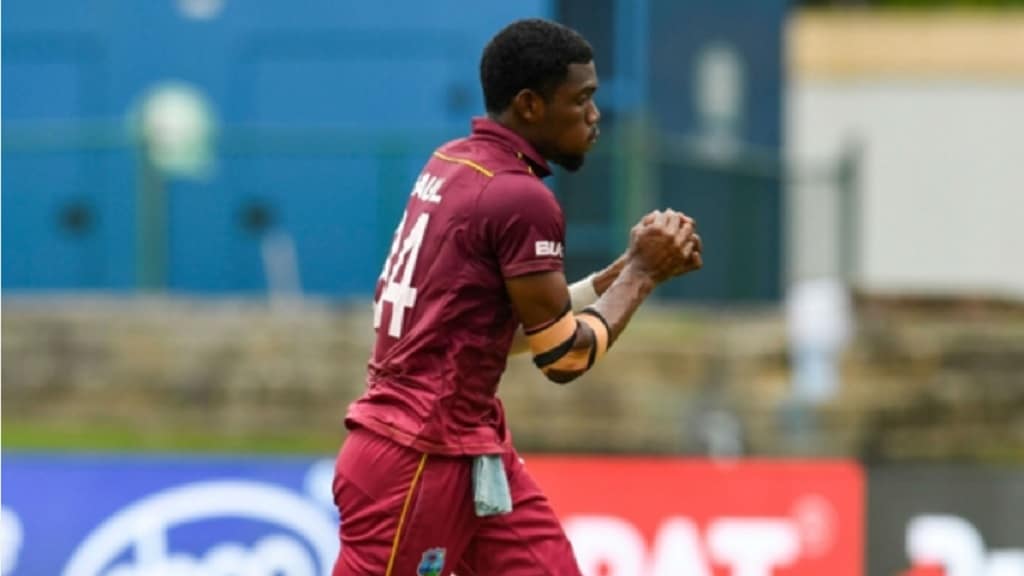 PAK VS WI: The West Indies have named Keemo Paul to their ODI squad for the upcoming tour of Pakistan. Paul hasn’t played an ODI since February 2020, and he wasn’t part of the team that recently faced the Netherlands. His return was inspired by strong performances in the domestic league when he led the fast bowlers in wicket-taking. If you are searching for the best official betting sites in India, you are in the ideal place!

“Keemo Paul has been kept out in the recent past due to injury. And we view the management of his body as paramount to his success. Not only when on West Indies duty but also when he is with his regional franchise. We think he is ready to come back into the fold.”

In a public statement issued yesterday, Cricket West Indies (CWI) confirmed that Paul, who finished as the leading quick bowler and second-highest wicket-taker in the West Indies Championship, which ended on Saturday, would join the rest of the team. The team arrived on Monday following a 3-0 series win in The Netherlands. Nicholas Pooran, speaking at a virtual press conference earlier this morning, also said that Paul is on his way to Pakistan. He is anticipated to arrive the last evening.

Paul hasn’t played an ODI since February 2020, and he wasn’t part of the recent squad that faced the Netherlands. His return was prompted by his outstanding performance in the domestic tournament. There he was the leading wicket-taker among quick bowlers. Have your own legal betting apps in India and become part of a huge community of cricket fans betting on exciting matches with maximum comfort at home.

From five matches in the Four-Day Championship, the 24-year-old Guyanese took 20 wickets at an average of 22.8 runs per wicket. The West Indies tour to Pakistan is part of the ICC One-Day International Super League. In which the Caribbean team will try to qualify for the ICC Men’s Cricket World Cup in India in 2023.

The Caribbean team easily chased down targets in the first two games. Scoring 249-3 in the first and 217-5 in the second. Before recording 308-5 in the third while batting their whole quota of overs. West Indies will now play all three One-Day Internationals (ODIs) in Multan against Pakistan beginning June 8.