Pakistan strengthen their grip over Zimbabwe in the second Test 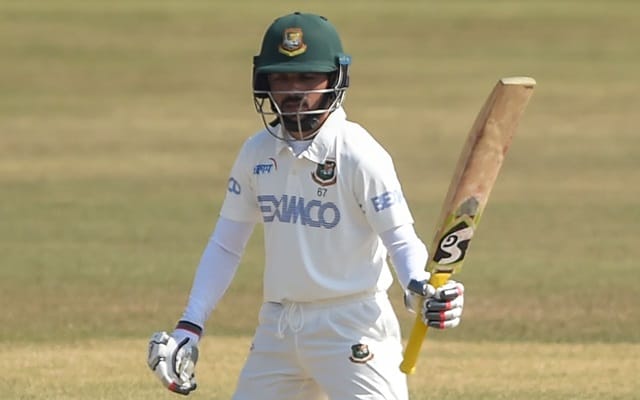 Pakistan have strengthened their grip on the second Test vs Zimbabwe. The visitors declared their innings at 510/8 before jolting Zimbabwe with early wickets. The hosts were 23/2 at the time of writing. Pakistan resumed Day 2 at 268-4 and started milking runs. Abid Ali was firm at one end while the other players second fiddle to him.

Pakistan lost their 5th wicket at 303 when Sajid Khan was dismissed for 20. Abid Ali and Mohammad Rizwan added 37 runs for the 6th wicket before Tendai Chisoro accounted for Mohammad Rizwan for 21. Hasan Ali soon departed for an 8 ball duck. At 341 -7, Zimbabwe sniffed an opportunity to make a comeback. However, they needed to dislodge the immovable force, Abid Ali. While they focussed their attention on Abid Ali, Nauman Ali started playing his shots. In no time, Pakistan had over 500 runs on the board. Nauman Ali missed out on a magnificent hundred and departed for a magnificent 97 from 104 balls while Abid Ali remained unbeaten on 215.

If you to learn more about bet365 games we have full review on that, Just check it all here.

Zimbabwe were jolted early as Tabish Khan dismissed Tarisai Musakanda for a six-ball suck in the second over. Hasan Ali then bamboozled Kevin Kasauza for 4. It will be a massive task for Zimbabwe to save the match from here. Earlier, Pakistan won the toss and opted to bat. While they lost Imran Butt early, Azhar Ali and Abi Ali stole the show on Day 1, both reaching the three-figure mark. Azhar was dismissed for 126. Babar Azam continued his horror form in Zimbabwe and departed for just two. Blessing Muzarambani was the most successful Zimbabwe bowler and picked up three wickets.

Check what’s today cricket betting odds app that are the best to download.