Home » News » Pakistan tour of England : Head to head stats, schedule, streaming details and all you need to know

Pakistan tour of England : Head to head stats, schedule, streaming details and all you need to know 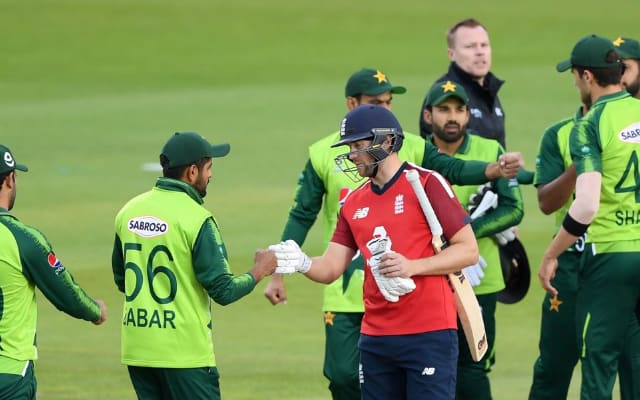 After a thumping win over Sri Lanka, England set their sights on Pakistan, who’ll be in England for three ODIs and as many T20Is. England were barely tested by Sri Lanka but Pakistan is a formidable side and it won’t be a cakewalk for the World Champions for sure. Pakistan have compiled a very strong team and players come into the series on the back of some fine performances in the second leg of the Pakistan Super League. Babar Azam and Mohammad Rizwan were in sizzling form in the T20 extravaganza and will hold the key for the Asian visitors. Also, the likes of Fakhar Zaman, who was brilliant on the tour to South Africa, will play a big role. With quality bowlers up their ranks, Pakistan will be very confident of their chances. Is betway safe in india? Yes, Just read our full review here.

Meanwhile, the hosts have named an unchanged squad that demolished Sri Lanka in the previous series. Pakistan doesn’t have a record to boast about in England. They have won just one game in the previous eight outings against England in England in ODIs. But the upcoming series will be the best opportunity for the ‘Men in Green’ given the fact that some of the key English players, including Jos Buttler, Ben Stokes, Jofra Archer are not in the squad. Also, Pakistan too seem to be in fine form as a team.

Here’s all you need to know about the Pakistan tour of England:

England vs Pakistan Head To Head In ODIs

England vs Pakistan Head To Head In T20Is

Where To Watch England vs Pakistan Series

Fans can enjoy the enthralling series on Sony Ten Network.

Live streaming will be available on Sony LIV App

Today ipl match prediction csk vs rcb, If you want to know how we do that. check our full review.