Home » News » Pakistan vs England: “We Are Not Playing for Draws” – James Anderson

Pakistan vs England: “We Are Not Playing for Draws” – James Anderson 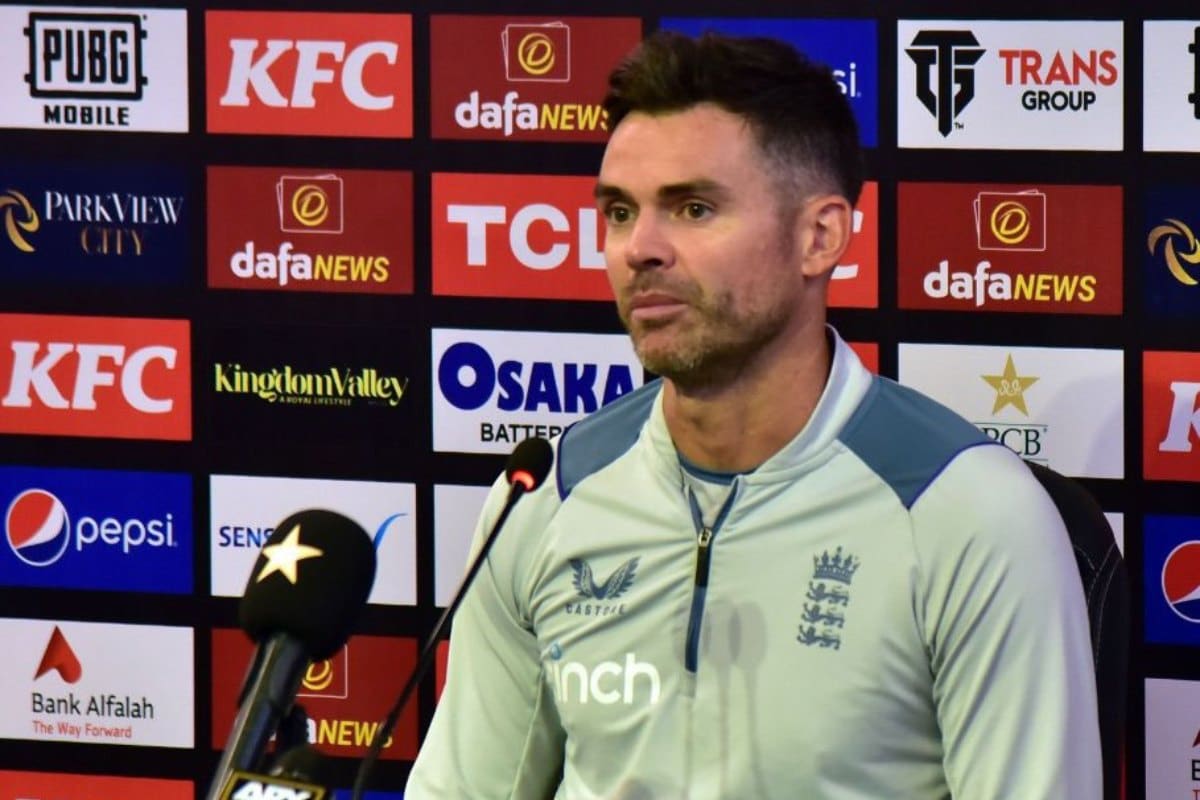 Pakistan vs England: Veteran England fast bowler James Anderson shared that his captain and coach don’t want draws in the Test series of Pakistan vs England, starting December 1. However, Team England reached Pakistan to play three Tests for the very first time in 17 years, but not before initially declining the series due to security concerns as well.

However, the teams will play the Test series, which is part of the ICC World Test Championship, across three venues – Rawalpindi, Multan and Karachi. It is also noteworthy that, since the appointments of Ben Stokes and Brendon McCullum as England Test captains and coaches respectively, England has been playing an aggressive brand of cricket. Moreover, the aggressive approach has helped England win six of the seven matches recently as well.

“We have got a captain and coach that don’t want draws. We are not playing for draws,” James Anderson told the BBC. “We don’t know how it is going to play. Traditionally it is flat,” the fast bowler added on the Rawalpindi pitch. “We will come out and try to win the game – we might have to be creative in how we do that.”

Pakistan vs England: England are expected to do well in the Tests

However, England last toured Pakistan in 2005 and James Anderson is the only member of the current squad that was featured in England’s last tour to Pakistan.

When he was asked about visiting Pakistan again, James Anderson said: “It is great to be back. Seventeen years is a long time. It would be wrong if I said ‘the pitch is going to play like this, or this is what to expect’. It is a completely different team we are playing against, completely different conditions. It is about adapting when we get out there.”

Meanwhile, 14 members of the England team including captain Ben Stokes in Pakistan have been reported to be unwell, by the BBC. Notably, Harry Brook, Zak Crawley, Keaton Jennings, Ollie Pope and Joe Root are the only players who are well and came to the ground prior to the first Test, in Rawalpindi, set to begin on Thursday as well.

However, it is believed that the players of the England team are down with a viral fever – with players also having vomiting and diarrhoea, and they were asked to stay inside their hotel rooms in Islamabad so that virus won’t spread. Notably, Joe Root had also complained of weakness yesterday, but he has recovered well and was at the venue on Wednesday morning as well.