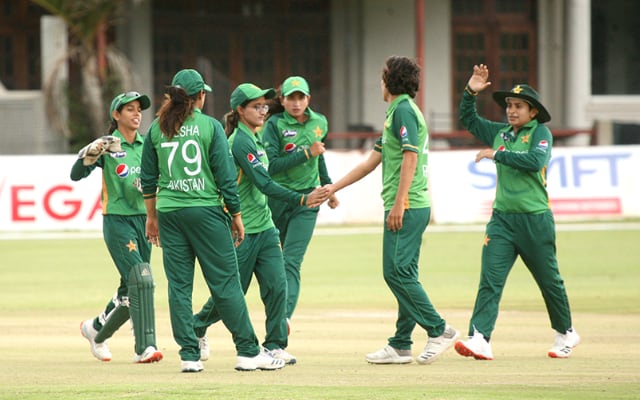 The Pakistan Cricket Board, on Thursday (February 11), announced that the Pakistan women team’s ongoing tour of Zimbabwe has been called off due to operational reasons after only one game could be played. Pakistan visited Zimbabwe for three one-dayers and as many T20Is. The tour got underway with the first one-dayer on Tuesday (February 9) with the visitors clinching the series-opener by 178 runs.

Check our latest 4rabet online review and get free tips from the experts.


The 50-over matches were unofficial ODIs as Zimbabwe does not have an ODI status, but the 20-over games were international games. The T20I series would have served as a preparatory series for both the teams for the ICC Women’s World Cup 2021 Qualifier, which is expected to happen in July. The tour was scheduled to end on February 20.

In their statement, the PCB announced that it called off the tour because of Emirates Airlines’ latest announcement regarding their flight operation. The UAE-based Airlines have suspended the operations of the Harare-Dubai flights from February 13 to 28. The Pakistan team will leave Zimbabwe on February 12.

“Following Emirates Airlines’ announcement of their flight operations suspension on the Harare-Dubai sector from 13 to 28 February, both the boards have decided to end the tour,” Pakistan Cricket Board stated in a release.

PCB CEO Wasim Khan insisted that the decision to call off the tour was a tough one after the ‘excellent arrangements’ by Zimbabwe Cricket. He further thanked Zimbabwe Cricket for understanding and supporting PCB’s sudden decision.

“It has been a difficult decision considering Zimbabwe Cricket had put in place excellent arrangements for the series. But the decision by the Emirates Airlines to suspend all flights to and from Harare from 13 February to 28 February has meant that we have to bring the squad back in the next 24 hours. We thank Zimbabwe Cricket for their understanding and support, and hope to return at some stage to complete this additional tour,” said Khan. Get free betting tips and predictions here in our website.

Zimbabwe Cricket Managing Director Givemore Makoni echoed the same sentiments, saying that it was unfortunate Pakistan had to leave Zimbabwe earlier than scheduled as a precautionary measure. Makoni also thanked PCB for giving the green light to the historic tour.

“It is unfortunate that the Pakistan Women’s team have had to cut short their stay in Zimbabwe as a precautionary move after some unforeseen air travel complications arose, but their concern is understandable. Nonetheless, we would like to thank the PCB for having in the first place committed to the historic tour which we have no doubt would have been memorable and a massive boost for our women’s game had it not been discontinued. We hope to host them again in the near future,” said Makoni.