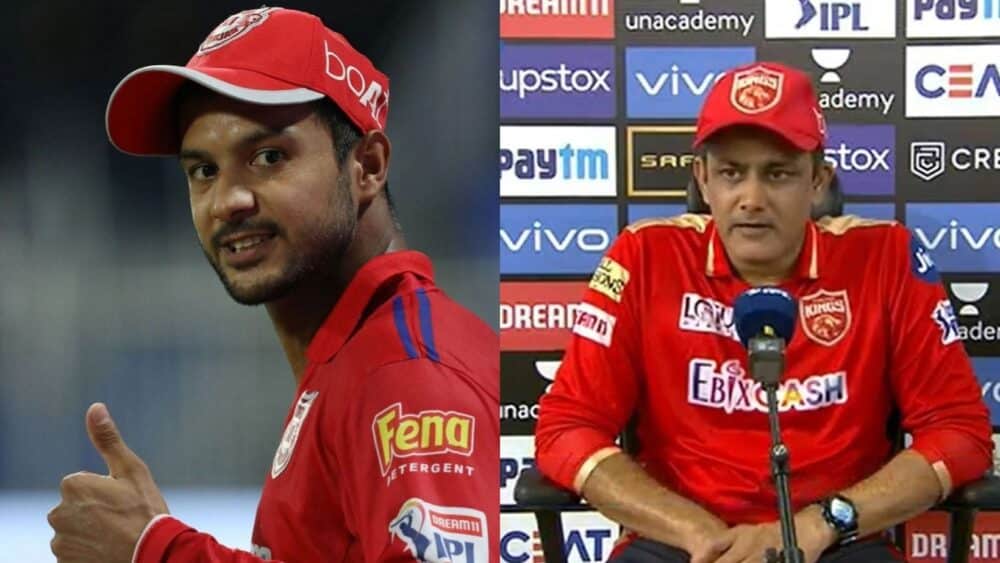 PBKS vs RCB: Punjab Kings have taken one step ahead in the race for the playoffs after beating RCB by 54 runs. Last night, both teams locked horns at Brabourne Stadium, and it ended in the favor of the Mohali-based team. Despite losing the toss and batting first, the Punjab openers went hard on the RCB bowlers in the power-play. As a result, they scored 83 runs in the first six overs. The English opener, Jonny Bairstow, did the damage upfront and played a destructive knock of 66 runs. Read our betting tips today written by the betting experts.

Notably, this was his second half-century of the season in nine matches. However, he started the season batting at No. 3 or 4. But once he started batting at the top, the numbers suddenly got up. It was the skipper, Mayank Agarwal, who used to open, but now he has given his position of Bairstow and is playing at no. 4 or 5. That is what the Punjab head coach, Anil Kumble, has pointed out and praised Agarwal for his selfless move.

PBKS vs RCB: “Mayank has done exceptionally well at the top to sacrifice his place” – Anil Kumble

During a discussion after the match with the commentator, Kumble talked about Bairstow and his impact at the top. He said that the English opener is a very aggressive batsman at the top and can give the team a dream start. The head coach also addressed Mayank’s decision to bat lower in the order. He said,

“Mayank  has done exceptionally well at the top to sacrifice his place and come down the order. We felt that we needed an experienced guy in the middle as well with Levy, Jitesh and Rishi.”

The English opener, who scored just 136 runs in 8 IPL innings before the RCB-match, went wild against the RCB. He smashed their best bowler, Josh Hazlewood, for four sixes overall, which totally dismantled his bowling figure. As a result, he ended with the worst bowling figure ever for RCB with 0/64 in his four overs. Kumble concluded,

“Jonny’s intent on the power play is incredible, as is the way he took the game away from RCB in the first overs, which set the tone. Five games back, we sort of decided that the experienced guys would take the initiative. I am really glad that Jonny at the top of the order has paid off.”

The loss against PBKS has surely dented the chances of Bangalore. Even after sitting in fourth place with 14 points, their NRR is quite a point of worry. If they win the next match against the table-toppers Gujarat Titans, that win should be by a big margin.