PCB to Set a Meeting to Review Babar Azam’s Captaincy 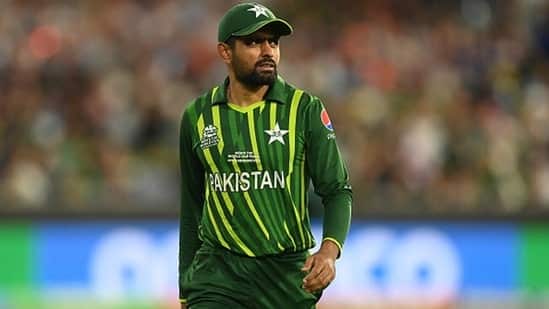 PCB is keen to bring necessary changes in its administration and workload. This will mean that Babar Azam will be constantly under scrutiny be it for his performance or the team’s. 2023 is a big year for teams across the world but especially for Pakistan and India as these two countries will be hosting 2 multinational tournaments. Pakistan will be hosting Asia Cup and India, ODI World Cup 2023. The current home season under the leadership of Babar Azam hasn’t been that great for the men in green.

The year 2022 started with Australia visiting Pakistan nearly after 2 decades. It was expected that Babar Azam and Co would put up a great fight but unfortunately, that wasn’t the case. In the second half of the year, they lost both T20 and Test series to England. Now, after drawing the New Zealand test series 0-0, Babar Azam and his team will be fighting for the victory in the ODI series decider. Apart from this, the men in green came close twice to winning multinational tournaments but missed out on that too.

When the PSL comes to an end in March, the board intends to do its evaluation and make any necessary adjustments. Since the time Najaf Sethi has taken the office, he has made several changes including appointing a new interim chief selector Shahid Afridi. Shahid Afridi has indeed taken some bold decisions like bringing Sarfaraz Ahmed back to the test side. Shan Masood was named the deputy of Babar Azam after Shadab Khan missed the ODI series because of a hand injury.

Head coach Saqlain Mushtaq’s tenure is about to end too. Najaf Sethi was interested in bringing Mickey Arthur as the head coach but his other commitments have for now stopped him from taking the office. Babar Azam is also facing additional pressure regarding his gameplay. He had a below-par Asia Cup and T20 World Cup. Even during the test series at home, the captain has fairly struggled to keep up with the expectations.

The Pakistan board may look forward to splitting captaincy in the future. Before being named as the chief selector, Shahid Afridi had suggested Babar Azam give up on T20 captaincy and focus on the longer formats. “I feel he should take a tough call and quit captaincy in T20 cricket. He should focus on his batting and lead the team in Tests and one-dayers,” he had said. Pakistan lost its last ODI game by 79 runs against New Zealand. They will play the series decider at Karachi on January 13th.