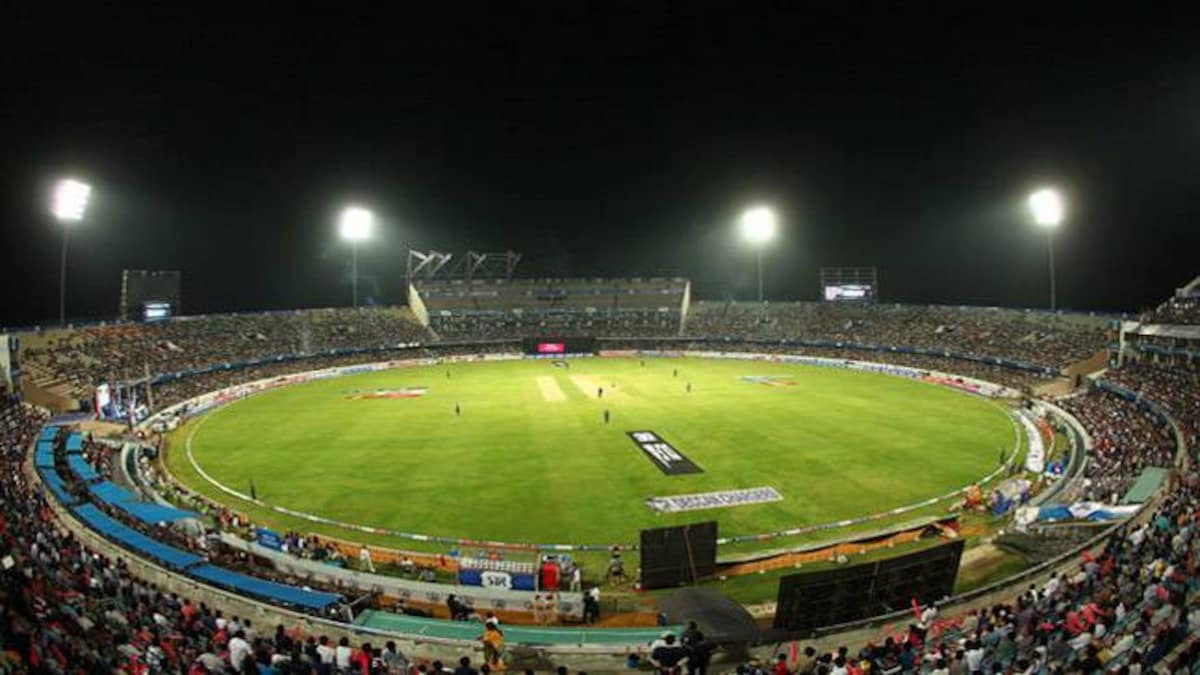 Ind vs Aus tickets for the 3rd T20I were made available offline in Hyderabad. The game is scheduled to be played on Sunday, September 25 at Rajiv Gandhi Stadium in Hyderabad. In order to grab their tickets, fans from across the city gathered in large numbers. However, on Thursday, some havoc propelled the police to interfere in the matter. The police intervention, rather than being helpful, worsened the situation. The officials were seen using sticks to control the crowd. Seeking official betting sites in India? Learn how to find the right one for you and explore your sports betting options.

In a video shared on social media, it is clearly visible that the authorities are hitting fans with the sticks. Some of the fans were seen falling to the ground. Reports suggest that several fans who were present to buy Ind vs Aus tickets were injured in the chaos. The ticket sales began early in the morning and the crowd kept increasing with every passing hour. Thus making it harder and harder to keep track of everyone.

Hyderabad will be hosting its first game since the Covid outbreak and it is no surprise how much the fans in Hyderabad enjoy watching the sport. On December 6, 2019, the T20I game between India and West Indies was the last game hosted in Hyderabad. One of the reporters from the Print shared the video and tweeted about the poor management from the organizers. The tweet read, ” #Hyderabad – Poor planning? Situation at Gymkhana grounds (Secunderabad) where large crowds gathered to buy #IndiavsAustralia match tickets. Lathi charge,people fainting,reportedly 20 injured and some shifted to hospital. No deaths-Jt. CP special branch. #T20WorldCup2022 #Cricket.”

Another fan shared an update on the same and tweeted, “HCA sucks!! No official statements no reply to crowd….not even answering police! Finally after breaking the gates the officials start saying tickets will be issued tomorrow…good support from @hydcitypolice #INDvsAUS.” As per the latest update a total of 20 fans have suffered injury. Since Wednesday saw a surge in people to purchase Ind vs Aus tickets, the HCA was obligated to issue the statement. As per the statement, the tickets were to go on sale from Thursday. As a result, hordes of people from all around the city had to return home without tickets. If you want to see more FREE betting tips and match guides from our experts then head to the main betting tips page to help you find your best bet of the day.