Home » News » Ponting on Virat Captaincy: “When I Heard It, I Was Really, Really Surprised”

Ponting on Virat Captaincy: “When I Heard It, I Was Really, Really Surprised” 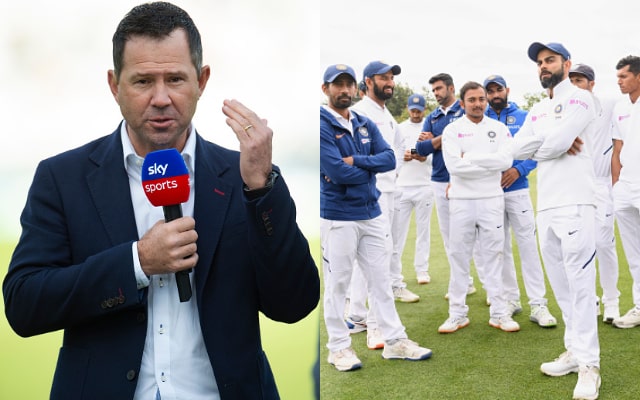 Ponting on Virat Captaincy: Virat Kohli’s decision to quit Test captaincy, after the Test series loss in South Africa, surprised the cricket fraternity. Ricky Ponting isn’t an exception. In a video chat on ICC’s new show with Isha Guha, the ICC Review, Ponting expressed his views on Virat Kohli’s decision and his choice for the next Indian Test captain.
We have an honest betting tips for cricket. Get the latest update for this season.

Kohli hadn’t enjoyed the best of the backing and support by BCCI in recent times. The unexpected Test series loss in the rainbow nation and the lack of fluency in his own batting might have played a part in this decision.

Ponting on Virat Captaincy: “When I heard it, I was really, really surprised”

Virat Kohli has always taken pride in playing for India, captaining this side, and more so in Test cricket. Many, including Shane Warne, hail him as the brand ambassador of Test cricket in the modern era. Kohli’s passion for the longest format is as obvious as it can get. Here are some top indian betting apps for smartphones.

Yes, it did actually (surprise me). Probably the main reason why is I had a chat and good catch-up with Virat during the first part of the IPL (2021) before it got postponed.

He was talking then about stepping away (from captaincy) from white-ball cricket and how passionate he was to continue on to be Test match captain. He just loved and cherished that job and that post so much. Obviously, the Indian Test team had achieved a lot under his leadership. When I heard it, I was really, really surprised.

The Australian legend also spoke on Virat Kohli’s enthusiasm while leading the Indian side. Ponting also added that the BCCI focused quite well on Test cricket when Virat took over the charge. He also applauded the former Indian captain’s achievements. In fact, he rated India’s efforts under Kohli higher than those of Australia during Pointing’s own reign. He said,

It was more of a staggering achievement for India than it was for us. When I took over, I took over a side that had dominated world cricket for a long time.

If you think about India before Virat, it was about winning a lot of games at home and not winning quite as many overseas. The thing that improved the most was India winning a few more games overseas, and that’s something that he and all of the Indian cricket have to be really proud of.

India’s Test team, under Kohli, was indeed a very watchable side. Kohli has talked about his vision when he became the full-time Test captain. He brought the fitness culture; and he, along with the management, fulfilled his aim to develop a high-quality pace-attack in Test cricket.

India are yet to announce the new Test captain, and the call isn’t a straightforward one. The major toss-up seems between Rohit Sharma and KL Rahul. Ponting praised Rohit’s contribution to Mumbai Indian’s success and his success as an opener in Test cricket. Ponting said that the BCCI will have to decide whether they want a single captain across formats, or they want to continue the newly adopted split-captaincy formula.

If I go back to what I said at the start about being on top of your game when you take over a captaincy role, then it is pretty hard to argue after what he has done with his Test cricket in the last 2-3 years. He has played as well as anybody in the world through that period of time, and we know how good he is as a white-ball player.

After their white-ball assignment against West Indies, Team India are set to play a two-match Test series against Sri Lanka, starting from 25th February. We should get to know India’s next Test skipper very soon. If you are looking for cricket prediction app then you are in the right website.